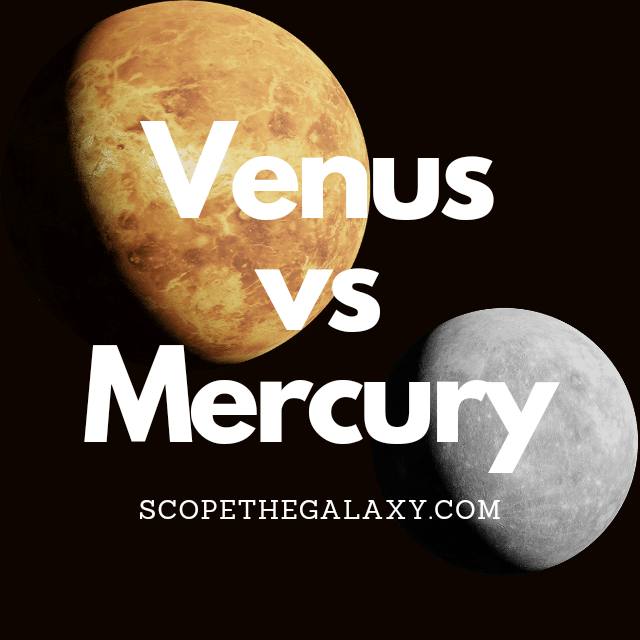 Unlike all the planets further outside the Sun’s orbit, Venus has no moons orbiting it. The most probable reason for this is due to its closer proximity to it, which means that smaller objects orbit the Sun as opposed to Venus.

How Are Venus And Mercury Similar?

Although there are many features that separate Venus and Mercury from each other, they still do have a few common features. These would include the following:

Differences Between Venus And Mercury

Mercury and Venus both have their fair share of similarities, from their terrestrial nature, their lack of moons and even their excess amount of surface craters however, they differ in more ways than they are similar.

This would include the differences in temperature, how Venus takes longer to orbit the Sun and has a longer day, is much bigger, has a far thicker atmosphere and more. All in all, both planets may be part of the same solar system but, differ in a variety of ways still.