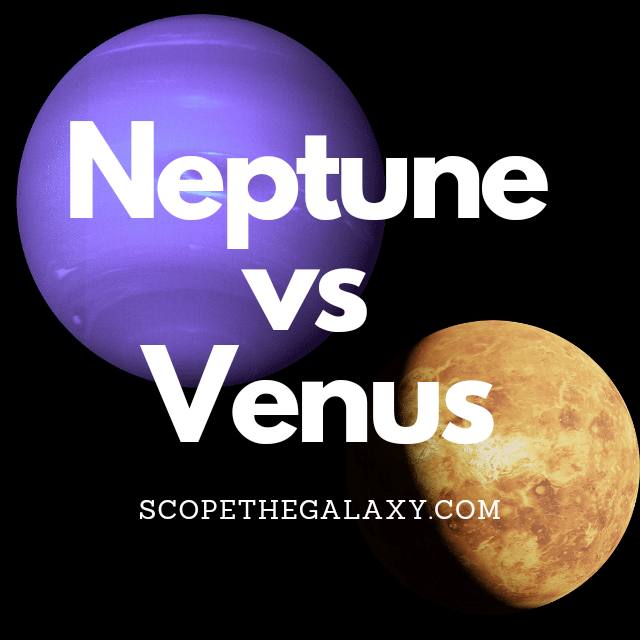 The main differences between Neptune and Venus is that Neptune is a gas based ice giant that is the 8th farthest planet from the Sun, has 14 moon, is roughly 4 times bigger than Venus and is a deep blue color whilst Venus is a yellowy white planet that is the 2nd closest planet to the Sun and, is both the hottest and brightest terrestrial planet in our solar system.

For a more thorough breakdown of the multitude of other differences and similarities between the two, continue reading as it will be covered in more detail below.

How Are Neptune And Venus Similar?

Both of these planets have very few similarities but, some are still present. They include the following:

Differences Between Neptune And Venus

Venus and Neptune have a vast number of differences between each other, whether it be their size, temperature, brightness and proximity to the Sun.

In the end of the day one is a gas based ice giant whilst the other a scorching hot terrestrial planet so, it does make sense that there is more different between the two than similar.