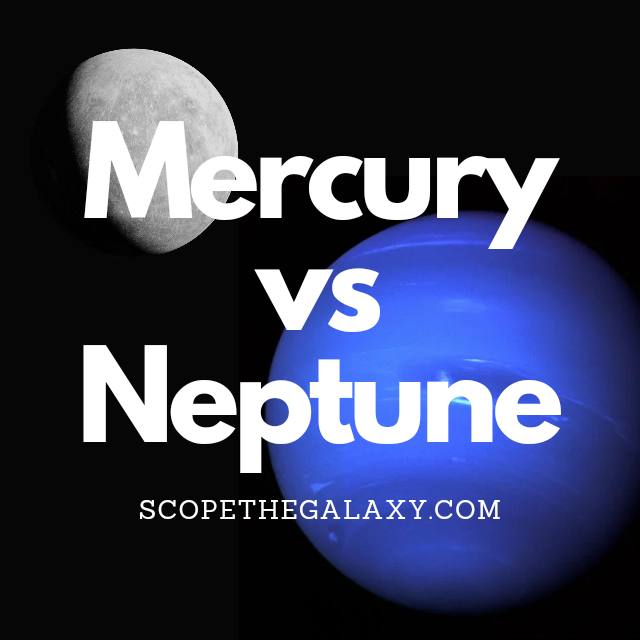 The main differences between Mercury and Neptune are that Mercury is the closest planet to the Sun whilst Neptune is the 8th farthest, Neptune is a deep blue ice based gas giant whilst Mercury is a dark gray terrestrial planet, Mercury has no moon whilst Neptune has 14 and Mercury is far hotter at 167°C as opposed to Neptune’s temperatures of around -220 to -230°C.

There are numerous other differences between Mercury and Neptune so, continue reading for a more thorough breakdown of what they are below.

Similarities Between Mercury And Neptune

Mercury and Neptune don’t have very much in common but there are the odd few similarities between them. These common features include the following:

Differences Between Mercury And Neptune

Although Mercury and Neptune are both part of the same solar system and orbit the same Sun, they still differ more than they are similar.