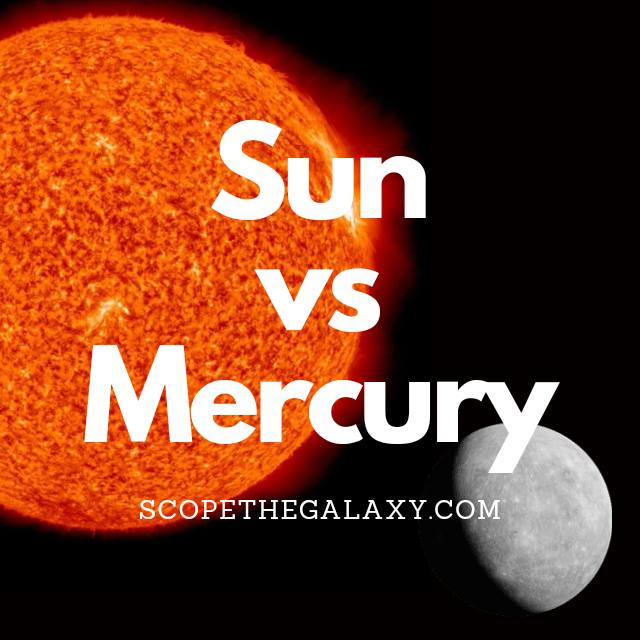 The main differences between the Sun and Mercury is that the Sun is a yellow dwarf star, that is the brightest entity in our solar system, has the most mass, is the largest entity in our solar system and it is the entity within our local region that provides energy to the planets around us whereas Mercury is the closest terrestrial planet to the Sun that is locked in an circular orbit around it.

For a more thorough breakdown of the differences between the Sun and Mercury, continue reading as I will be discussing it in more detail below.

Similarities Between The Sun And Mercury

Mercury and the Sun don’t have too much in common but there are the odd few similarities. These would include the following:

Differences Between The Sun And Mercury

Although both entities are within the same solar system, they do still fall under completely different celestial object brackets. After all one is a yellow dwarf star and the other a terrestrial planet.

Whether it be their size differences, temperature, color and overall role within the solar system, where one is the supplier of all energy and the other simply an orbiter. In short, despite their close proximity, the Sun and Mercury are far from the same which as is outlined above.