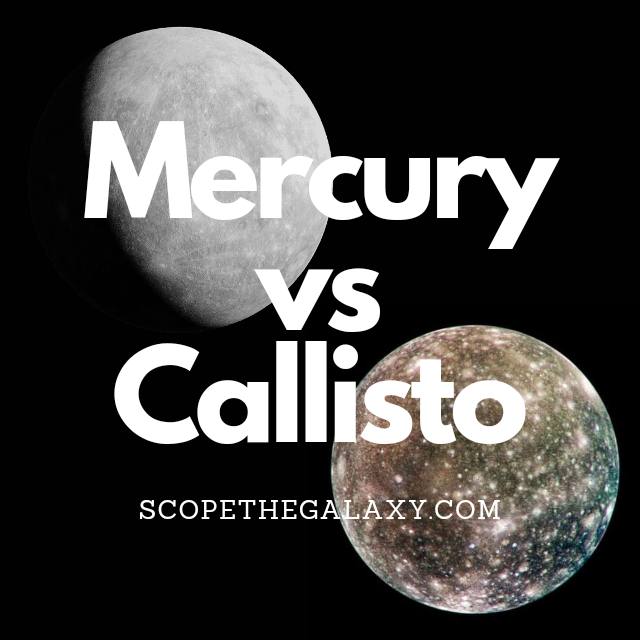 The main differences between Mercury and Callisto would be that Mercury is slightly bigger with a diameter of 4,879km compared to Callisto’s 4,820.6km, Callisto is the 3rd largest moon that also happens to orbit Jupiter whilst Mercury is the smallest official planet that orbits the Sun and a day on Callisto is 17 days whilst it’s 55.85 days on Mercury.

Similarities Between Mercury And Callisto

Callisto and Mercury do have their fair share of similarities, which in this case would include the following:

Differences Between Mercury And Callisto

Mercury and Callisto are very similar in variety of ways whether it be in regards to size, their extremely thin atmospheres, and their general terrestrial compositions but there are also various differences too.

These differences include their density, mass, gravitational strength, length of day, temperature and the fact one is a planet that only orbits the Sun whilst the other orbits both Jupiter and the Sun.