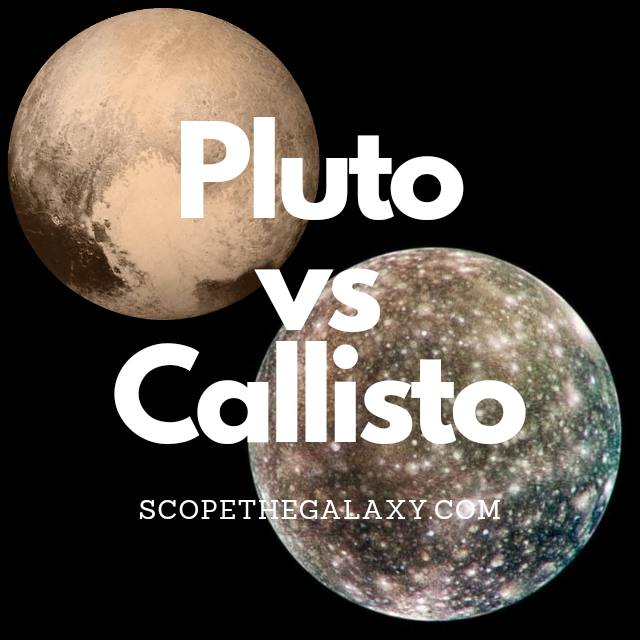 The main differences between Pluto and Callisto would be that Pluto is a dwarf planet with 5 moons that orbit it whilst Callisto is the 3rd largest moon in the solar system that also orbits Jupiter, Pluto is far smaller than Callisto with a diameter of 2,370km whilst Callisto’s is 4,820.6km which also makes the latter the heavier of the two.

There are various other differences between the two so, continue reading for a more detailed look at each celestial body along with a more in-depth look at their similarities and differences.

Similarities Between Pluto And Callisto

Callisto and Pluto do have their fair share of similarities, which in this case would include the following:

Differences Between Pluto And Callisto

In regards to the differences, they would be the following:

Both Pluto and Callisto do have their fair share of similarities from their elliptical orbital pattern, their low density bodies and terrestrial composition.