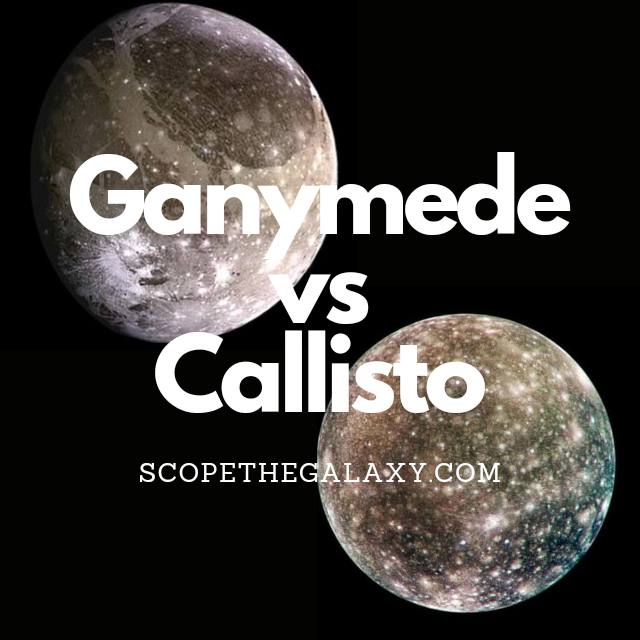 For a more detailed look at each of these natural satellites, continue reading as the other differences and similarities will be broken down in more detail below.

Similarities Between Ganymede And Callisto

As both are natural satellites, Callisto and Ganymede do share a few similarities, which includes the following:

Differences Between Ganymede And Callisto

As Ganymede and Callisto are both one of Jupiter’s Galilean moons and are also amongst the largest natural satellites in our solar system, they in turn naturally have their fair share of similar features such as their very thin atmospheres, their terrestrial composition, being tidally locked to Jupiter and beyond.

However, they differ in a variety of ways too. Whether it be in regards to mass, size, the length of their days. magnetosphere activity and more, so even if these two do share a lot of common features they are still very much distinct entities in the end of the day.