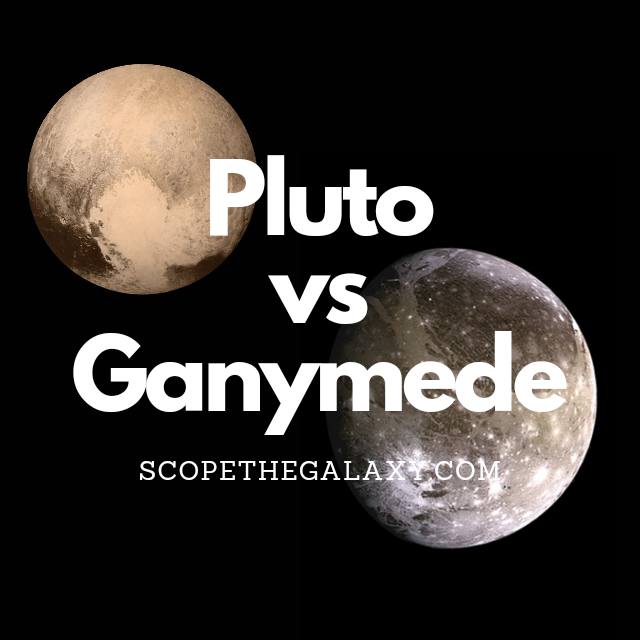 The main differences between Pluto and Ganymede would be that Pluto is a dwarf planet with 5 moons whilst Ganymede is more than 2 times its diameter making it the largest moon in our solar system has no moons orbiting it and Ganymede is also the only moon observed to have a magnetosphere which Pluto does not have.

There are numerous other differences between the two so, continue reading for a more detailed look at each celestial body along with their similarities and unique features.

How Are Pluto And Ganymede Similar?

Pluto and Ganymede do share a few similarities between themselves, which includes the following:

Differences Between Pluto And Ganymede

Despite the fact Ganymede is the bigger than Pluto and even has a magnetosphere, it is still officially a natural satellite whereas Pluto was initially a recognised planet and now a dwarf planet.

There are numerous other differences between the two such as the length of their days, how long it takes for them to orbit the Sun and more but, commonalities are still present, such as the general terrestrial composition, the lack of rings and more.

Ultimately Pluto and Ganymede are very different from one another and that has been recognised more so recently as a result of the New Horizons mission in 2015.