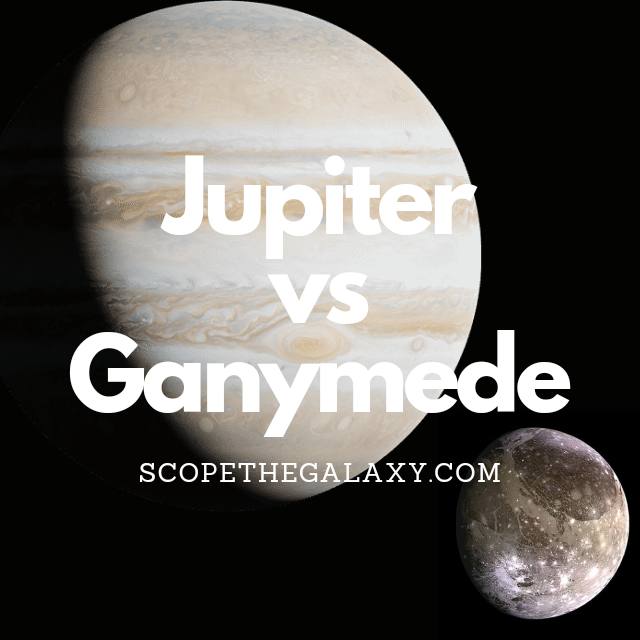 There are various other differences between the two so, continue reading for a more detailed look at each of these cosmic entities, their similartities and their differneces.

What is The Moon Ganymede?

Similarities Between Jupiter And Ganymede

There are a few similarities that Jupiter and Ganymede share, which in this case includes the following:

Differences Between Jupiter And Ganymede

Jupiter and Ganymede have the odd few commonalities such as the fact one orbits the other, that both are the biggest object of their type in the solar, both have a magnetosphere among others features.

However, they are very different from one another too whether it be in regards to their size, mass, composition, the length of their days and more. All in all both are very distinct entities, operating and functioning in a completely unique manner from one another.