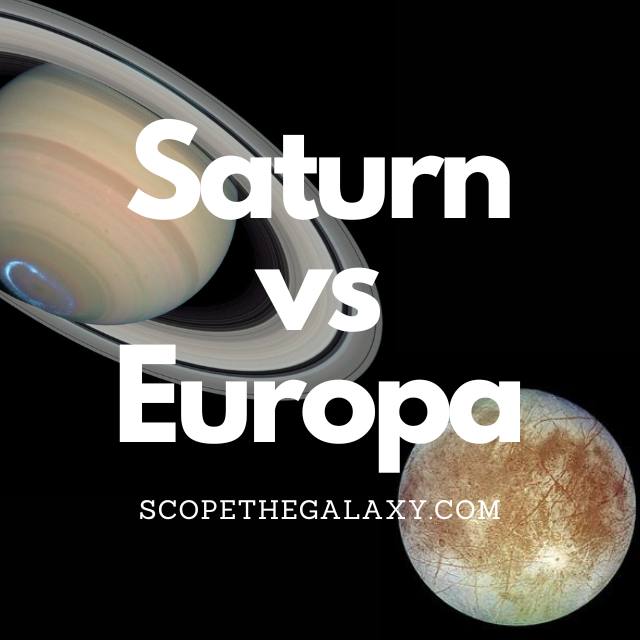 The main differences between Saturn and Europa would be that Saturn is a yellow ringed gas giant that orbits the Sun whilst Europa orbits Jupiter, is the 2nd largest planet with a diameter of 116,460km compared to Europa’s 3121.6km and is planet whilst Europa is a natural satellite/moon.

There are various other differences between these two celestial bodies so continue reading for a more detailed break down of their similarities and differences below.

How Are Saturn And Europa Similar?

Saturn and Europa don’t have too many similarities but some elements are still shared, which in this case includes the below:

Differences Between Saturn And Europa

Saturn and Europa are clearly very different from one another even if they are part of the same solar system and don’t have tectonic plate activity.

Whether it be in regards to size, temperature, density, overall composition and simply how they function, Europa and Saturn are worlds apart.