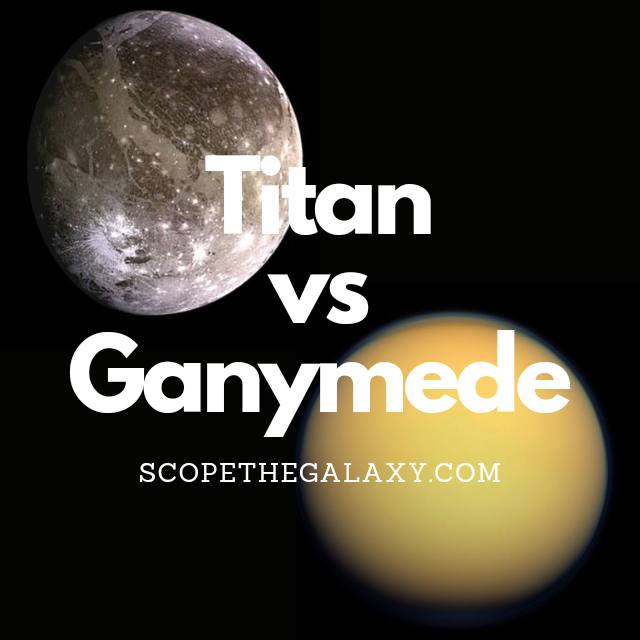 There are numerous other differences between Ganymede and Titan so continue reading for a more detailed look at each one of these natural satellites along with their similarities and differences.

How Are Titan And Ganymede Similar?

As both are natural satellites, Ganymede and Titan do share a few similarities, which includes the following:

Differences Between Titan And Ganymede

In regards to the differences between Titan and Ganymede, they include the below:

Although both Titan and Ganymede are moons, and the two biggest at that, with the fact they both orbit gas giants in an elliptical pattern, are low density terrestrial beings and more, they also differ in various ways too.

Whether it be in regards to the length of their day, size, atmospheric composition, magnetosphere, the differences in water cycle and more, the two are still very different, especially when it comes to how they ultimately function.

2 thoughts on “Titan vs Ganymede (How Are These Moons Different?)”