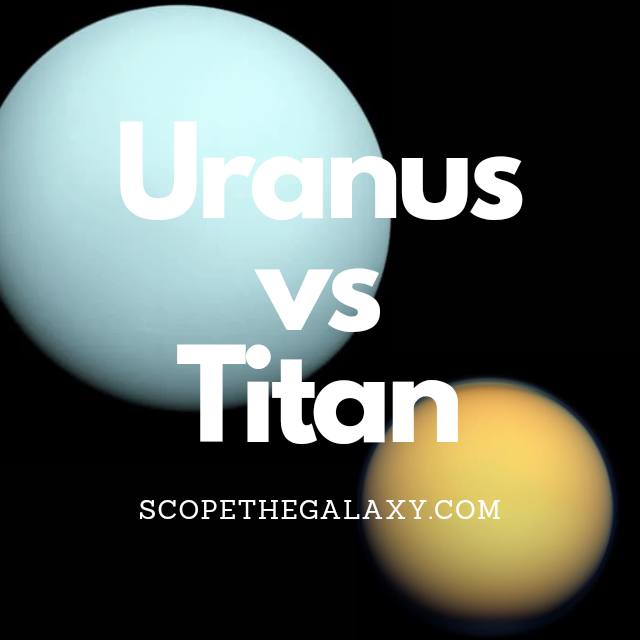 The main differences between Uranus and Titan would be that Uranus is a gas based ice giant that is the 7th farthest planet from the Sun whilst Titan is the 2nd largest moon in our solar system, and joint 6th farthest planet from the Sun, Titan is a terrestrial celestial object that has a water cycle similar to that of Earth whilst Uranus has the most prominent axial tilt of 98° compared to Titan’s 27° axial tilt.

There are numerous differences between the two so continue reading if you want a more detailed look at each entity below along with some of their similarities and differences.

Similarities Between Uranus And Titan

There are a few similarities that Uranus and Titan share, which in this case includes the following:

Differences Between Uranus And Titan

Even if Titan and Uranus are celestial objects within the same solar system, and have a similar spherical shape, the two are worlds apart when it comes to how they function.

Whether it be in regards to their size, temperature, density, mass and their physical composition, the two are designed to function very distinctly from one another after all Titan is simply one of Saturn’s many moons whilst Uranus is one of only 8 officially recognized planets that orbits the Sun.