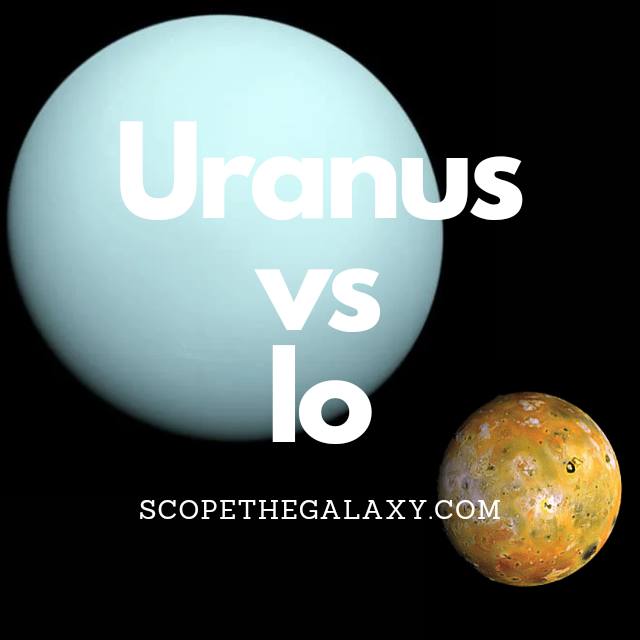 The main differences between Uranus and Io is that Uranus is an ice based gas giant whilst Io is natural satellite that is also the most volcanically active entity, Uranus has 27 moon whilst Io has 0 entities orbiting it, Uranus is the 3rd largest planet whilst Io is the 4th largest moon and Uranus has an axial tilt of 98° whilst Io’s axial tilt is practically 0.

There are numerous other differences between the two so, continue reading for more detailed looks at each entity below along with their similarities and differences.

Similarities Between Uranus And Io

Uranus and Io do share a few similar features, which in this case includes the following:

Differences Between Uranus and Io

Although the two are part of the same solar system, there really isn’t much else that Uranus and Io share in common.

Whether it be in regards to their physical and compositional differences, mass, the number of objects that orbit them, the length of day and beyond, the two are completely different functionally.