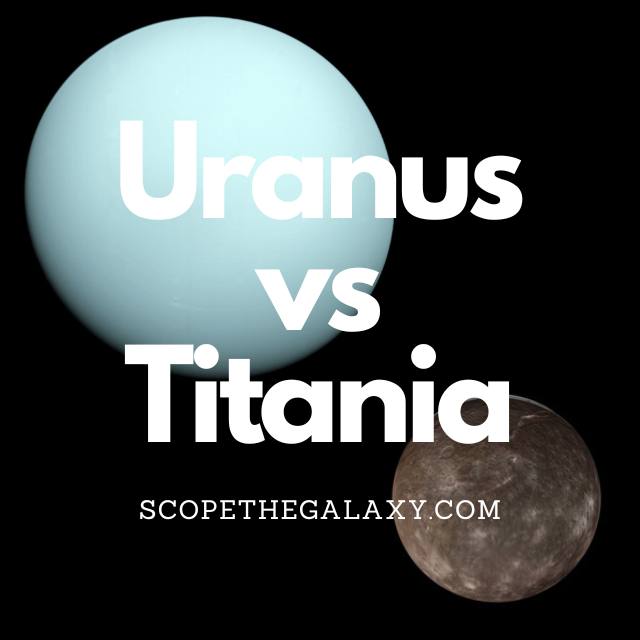 The main differences between Uranus and Titania are that Titania is a natural satellite while Uranus is a gas giant planet, Titania is tidally locked to Uranus while Uranus is not tidally locked to anything, Uranus has one of the most drastic axial tilts in of 98 degrees while Titania’s axial tilt is practically 0 and Uranus has a magnetosphere while Titania has no magnetic field.

There are various other differences between the two so continue reading for a more detailed breakdown on both entities along with their similarities and differences below.

Similarities Between Uranus And Titania

There are a few similarities that Uranus and Titania share, which in this case includes the following:

Differences Between Uranus And Titania

In regards to the differences between Uranus and Titania, it includes the below.

Uranus and Titania don’t have too much in common other than the fact that both are part of the same solar system and that Titania orbits Uranus whilst being its biggest moon, but in regards to differences, they are quite vast.

Whether it be in regards to mass, size, length of day, axial tilt, the amount of moons that orbit them and more, therefore it does make sense that the two would have a lot of differences and functions distinctly from one another.