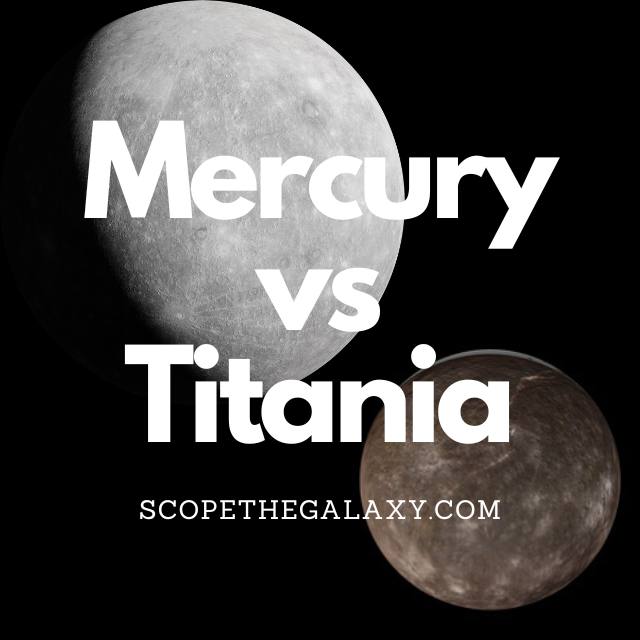 The main differences between Mercury and Titania are that Mercury is a the closest planet to the Sun whilst Titania is a natural satellite that orbits Uranus, Titania is smaller with a diameter of 1576.8km whilst Mercury has a diameter of 4,879km and Mercury is in a 3:2 orbital resonance whereas Titania is tidally locked to Uranus.

For a more detailed look at each body continue reading as it will discussed in more detail in the sections below.

Similarities Between Mercury And Titania

Titania and Mercury do have their fair share of similarities, which in this case would include the following:

Differences Between Mercury And Titania

Mercury and Titania do have their odd few similarities such as their rocky natures, the lack of moons that orbit them and even their generally thinner atmosphere, however they have their fair share of differences too.

Whether it be in regards to size, mass, gravitational strength, density and more, these two are designed to function very differently within our solar system as a whole.