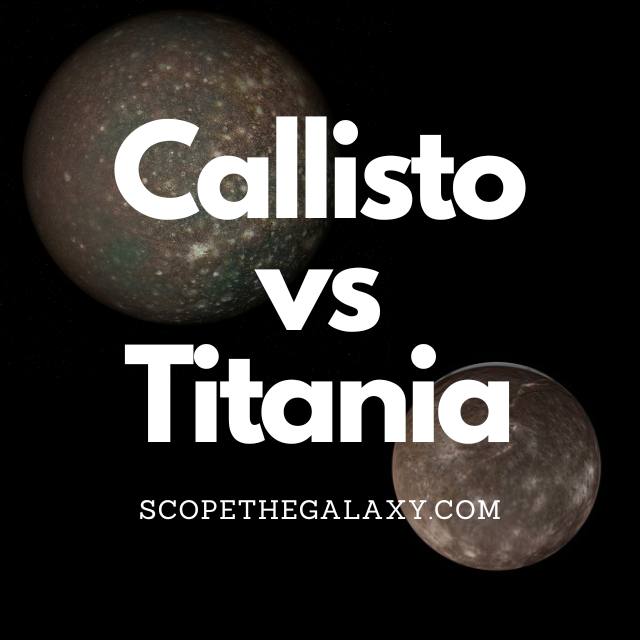 There are various other differences between the two so, continue reading if you want a more detailed look at what makes Callisto and Titania so different from each other along with some of the features that they have in common.

Similarities Between Callisto And Titania

As both are natural satellites, Callisto and Titania do share a few similarities, which includes the following:

Differences Between Callisto And Titania

In regards to the differences that the two have, they include the below:

As both are moons, they do share a fair few things such as their rocky exterior, the fact both orbit gas giants and are also tidally locked to said planets, but they are very different from each other too.

Whether it be in regards to size, mass, gravitational strength, density, the number of craters that are present within their surfaces among other things so, despite the commonalities Callisto and Titania share, they are still distinguishable and can be told apart.