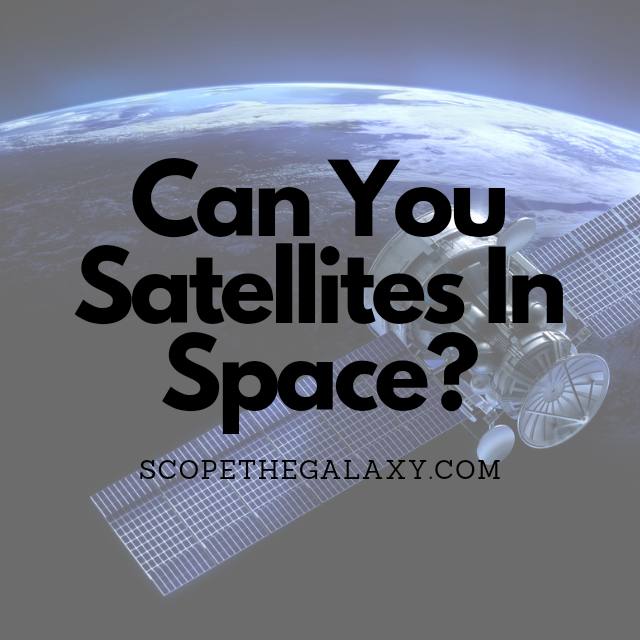 You can see satellites in space just as clearly as you would on Earth – often even more clearly, thanks to the lack of light pollution higher in the atmosphere. But you do need to be nearby – our largest satellite appears like a tiny dot in the sky, even at a distance of only 400 km.

Continue reading to discover why we can and cannot see various satellites, how the position of the Sun affects our view and why these objects never seem to show up in photographs taken from space.

Are Satellites Visible In Space? 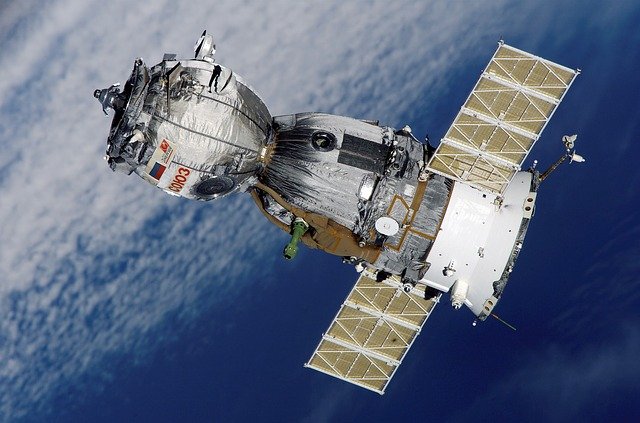 The smallest satellites are no bigger than a loaf of bread, but others are far larger. The biggest is the ISS (or International Space Station), which is similar to the size of a football field. This huge orbiting body is composed of 159 separate pieces, which took more than 1,000 hours of extra-vehicular work to fit together.

Thanks to its size, the ISS is relatively easy to spot and outshines many of the night sky’s stars and planets. But the ISS isn’t the only satellite orbiting Earth – far from it! According to data from UNOOSA (the United Nations Office for Outer Space Affairs), there are currently 8,261 satellites orbiting the Earth, hundreds of which are visible to the naked eye.

Satellite watching – or spotting – is an interesting hobby involving observing and tracking satellites. Satellite watchers use specialized equipment such as telescopes, binoculars, and cameras to monitor and track these satellites. They can also use software programs to help them identify which satellite they are looking at. This hobby can be enjoyed by anyone with interest in space exploration or astronomy.

Despite the abundance of satellites in the night sky, we don’t tend to see them when we look at images of the Earth sent from space (such as those from the ISS) – so why is that?

Put simply, the satellites in space are too far apart from one another to show up on images – and on the rare occasions that they do, they’re so small that they just look like background stars.

A Low Earth Orbit (LEO) is an orbit around the Earth relatively close to the planet’s surface. It typically ranges from 200 to 2000 kilometers above the Earth’s surface. Here, there is one satellite per 175,000,000 cubic kilometers of space, meaning that there is at least 700 km of space between any two given satellites.

Considering the ISS is roughly 400 km from the Earth’s surface, and we can’t see football fields or stadiums on images sent from space, it’s not hard to understand why we can’t see satellites. The chance of a satellite being within 5 km (and therefore close enough to show up on a photograph) is 0.017%.

What Satellites Could You See From The Moon? 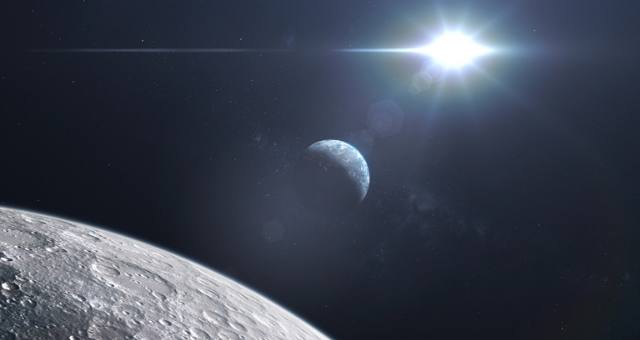 The moon is the closest celestial body to Earth but it is still far away. It orbits around the Earth at an average distance of 384,400 kilometers or 238,855 miles. It takes about 1.3 seconds for light to travel from the moon to our planet.

The moon’s orbit is also constantly changing due to the gravitational pull of other planets and objects in space, so its exact distance from Earth can vary slightly over time.

In comparison, the ISS is only 400 kilometers from the Earth’s surface. Think how small the ISS appears from Earth, and then times that distance by 1,000 – it would be impossible to spot with the naked eye.

Still, there are satellites in a much higher orbit. High Earth Orbit (HEO) is a satellite orbit located more than 2,000 kilometers above the Earth’s surface. HEOs are used for communications, navigation, surveillance, and other applications such as remote sensing and weather monitoring.

TESS – the Transiting Exoplanet Survey Satellite – has an apogee of 375,000 km from Earth, which could significantly decrease the distance between itself and the moon. The problem is the moon is also orbiting the Earth, so the chances of both bodies lining up with one another are remote.

If they could travel into perfect alignment when TESS was at its furthest point from Earth, you might stand a chance of witnessing one of these HEO satellites.

Would Natural Satellites Be Visible From Space? 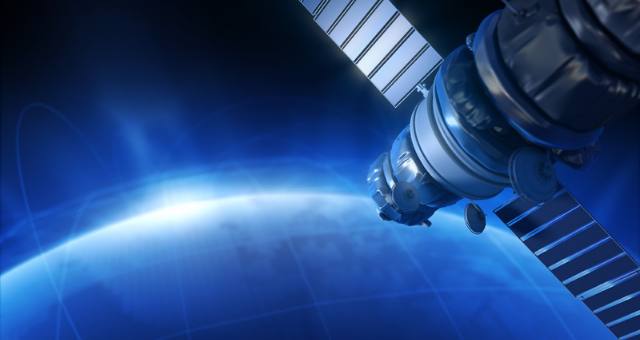 A natural satellite is a celestial body that orbits around a planet or other celestial object in space. Natural satellites can range from small asteroids and comets to large moons and planets. They are found in the Solar System, as well as in many extrasolar systems.

The moon does not emit its own light but instead reflects sunlight off its surface to create a soft, white glow. This reflection of the Sun is what we see when we look up at the night sky and see a bright, full moon.

It’s possible to view these satellites from space; it depends on your position in relation to both the satellite and the Sun. Think of it like this – we can see the moon at nighttime, but during the day, the Sun’s light far outshines the moon’s reflection, making it impossible to see.

At first glance, satellites look a lot like stars. But take a closer look, and you’ll notice some key differences between the two.

Stars tend to radiate with a sparkling effect, making it easier to differentiate from satellites. The twinkle of stars in the night sky is an illusion caused by air turbulence. This refracts the light from stars and scatters it randomly, creating a mesmerizing effect. As opposed to this, light coming from a satellite is constant over time.

You can view a satellite in space the same as you would on Earth; you need to be close enough and have the Sun in the correct position. Still, even the moon is too far away to see pretty much all of our artificial satellites, so in the vastness of space, there is a spectacularly small viewing window for these objects.

Why Don’t We See Satellites in Photos Taken From The ISS? – FlatEarth.ws

Can You See Stars in Space? (nightskypix.com)

Space Satellites in Orbit | When and Where to See Them – Sky & Telescope (skyandtelescope.org)