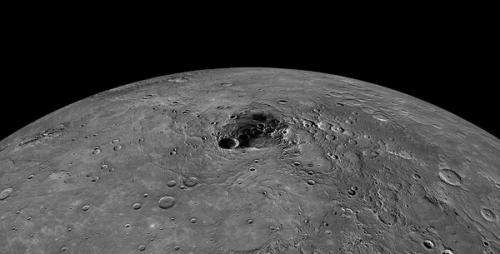 Mercury, just like the moon is a celestial entity that lacks any type of volcanic activity or atmosphere which is why it has among the most number of craters in our solar system.

In 2008 NASA took an image of Mercury and managed to identify 763 craters of which 412 are currently named.

Of course considering that Mercury’s size (4879km) isn’t much bigger than the Moon (3473km) it’s safe to assume that it must have many more craters on its surface then has currently been observed, especially when you take into account the Moon is estimated to have hundreds of millions of them ranging in the 10m+ range.

Why Does Mercury Have So Many Craters?

There are 3 main reasons why planets like Mercury, Mars and Moon like entities tend to have thousands of craters on their surfaces.

The first reason is to do with the lack of or very minimal atmosphere (in the case of Mars) surrounding the celestial bodies.

The reason why Earth only has a couple hundred known craters on its surface despite having around 17 or so meteorites entering its surface on a daily basis is due to our atmosphere slowing their descent down whilst also eroding a large portion of the meteors surface.

This means that not only will the impact be much weaker but, with the smaller surface area of the meteor, the size of the craters will also be negligible at best.

The second reason why is due to the lack of natural volcanic eruptions, rain and vegetation forming on Mercury’s surface. Volcanoes and vegetation are essentially designed to fill up a large portion of the craters formed, which is why the inactivity of any such bodies on Mercury’s surface for roughly 3.5 billion years has resulted in craters staying put on the planets crust.

Lastly, it is due to Mercury’s singular tectonic plate. The reason why Earth’s craters eventually tend to disappear is as a result of the crust periodically moving around on the surface. The continents on its surface tend to move apart at around 3-5cm every year whilst Mercury has supposedly contracted inwards by 5-7km over the last 3+ billion years.

Granted that is far more than Mars and the Moon have moved in the same period of time but, it also goes to show why Mercury has so many craters too, which of course is as a result of this very slow inwards contraction from its singular tectonic plate.

What Are Mercury’s Largest Craters?

The largest known impact crater is called Caloris Planitia which was discovered all the way back in 1974. Its diameter is among the largest craters in our solar systems coming in at 1550km.

The second biggest crater on the Mercurian surface is also very big coming in at 715km and going by the name Rembrandt. Other than those 2, the planet has various craters over the 100km mark, a few examples being Alver (151.5km), Aneirin (467km), Bach (214.3km), Barma (123km) and many many others.

This list basically showcases all of the named impact craters so check it out if you’re curious about the other ones.

How Are The Craters On Mercury Named? 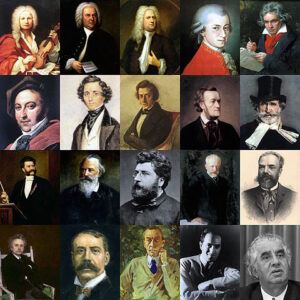 The craters on Mercury are named after either an artist, composer or writer who was famous for more than 50 years and has been deceased for a minimum of 5 years.

Some well know composers that craters are named after include Beethoven(630km), Bach as I mentioned above, Mozart (241km), Chopin (131km) among many many others.

I gotta say that this naming process is pretty cool and may even be a reason to try and become famous in any one of these practices. Afterall who knows your name may one day be attached to a crater on the Mercurian surface.

How Often Do Meteors Hit Mercury?

Meteors striking Mercury appear to be quite common with showers regularly hitting the planets surface but, more often on the side of the planet experiencing dawn. However, these aren’t the bigger space rocks we associate with impact crater but micrometors according to earthsky.

This data was gathered by the MESSENGER spacecraft that was orbiting Mercury from 2011 – 2015. 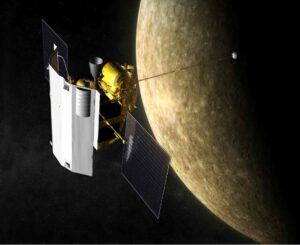 Can You See Mercury’s Craters With a Telescope?

Technically speaking you probably will not be able to see Mercury’s craters with any telescope you can purchase. This is because it’s too small, too far away and also way too close to the Sun meaning capturing any details of the mercurian surface won’t be possible with even a large home based telescope.

MESSENGER is literally the only telescope/spaceprobe that is able to capture any details on the planet’s surface and that device literally orbits the planet.

Mercury doesn’t have as much detail regarding the weight of the meteors hitting it daily and it’s much harder to observe its surface over the likes of Mars and the moon due to the distance between it and us. Nevertheless, because of the MESSENGER telescope scientists have managed to observe well over 700 known craters on Mercury with multiple craters spanning over 400km.

This in and of itself is fascinating and I’m sure, given enough time, we’ll be able to discover even more!

If there’s anything else you’d like for us to look into regarding Mercury, feel free to leave a comment below and we will get to it in due time. In the mean time we would really appreciate if you shared this article around.