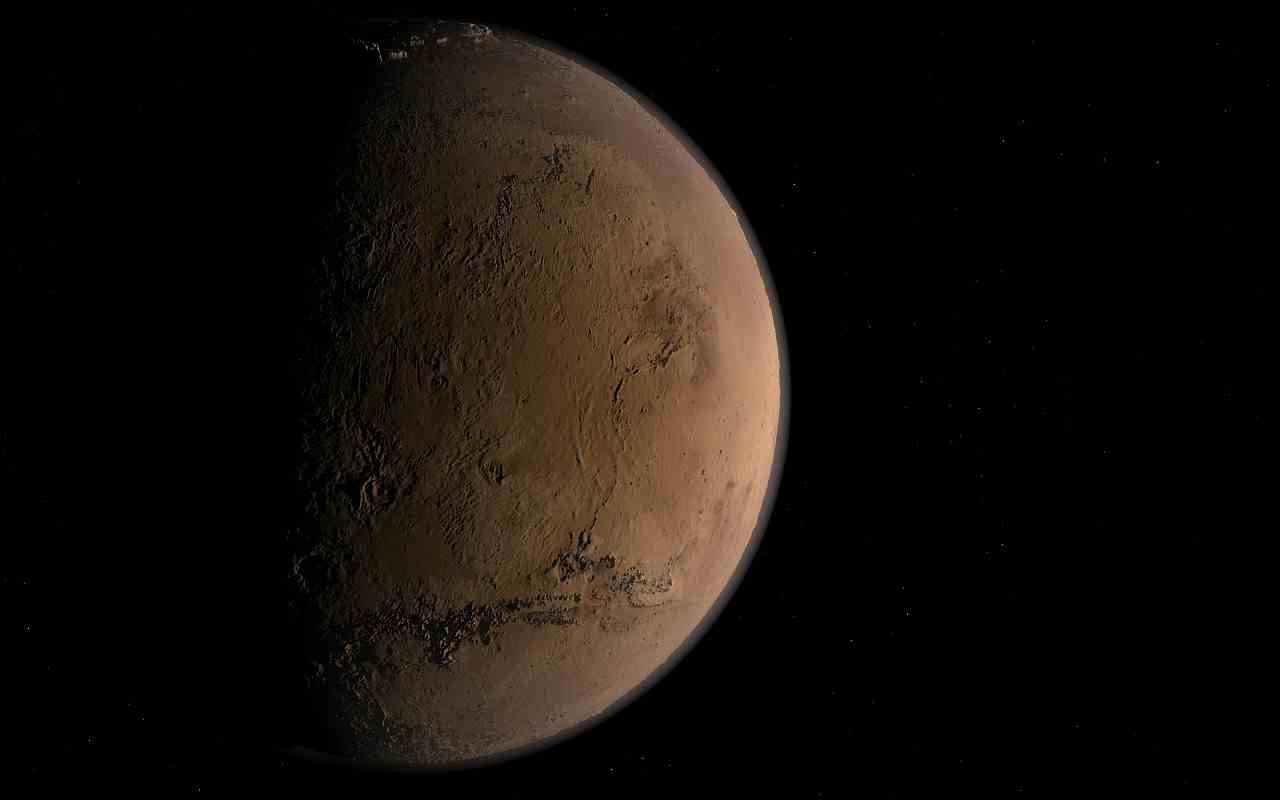 If you’ve ever seen a high quality image of Mars, you’d probably have already caught a few glimpses of its larger craters on the Martian surface right? Maybe as a result you’ve wondered exactly how many craters does mars have. Well let me tell you this, the number may suprise you.

To very briefly answer your question at this current moment, scientist estimate that Mars has over 11,000 craters larger than 20km and somewhere in the region of 635,000+ craters over the size of 1km.

As for anything smaller than that, the number may be double, triple or even 5x the aforementioned number however, at this point in time an accurate study on the smaller impact craters has yet to be conducted.

Why Does Mars Have So Many Craters?

This was one of the main questions I asked myself before conducting my research on this topic and I have to say from what I’ve discovered, the reasons are quite intriguing.

As for the reasons why Mars has as many craters as it does, it comes down to 3 main points.

The first point is due to the very thin atmosphere coating the planet. Mars’ atmosphere is estimated to be 95% thinner than Earth’s thick atmosphere. 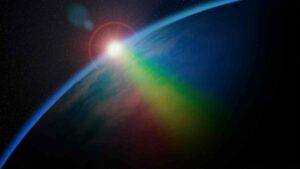 What this means is that the impact of meteors for one will be much larger as they won’t break down whilst making their way to the Martian surface and of course the speed at which the meteors travel will be much faster due to the negligible air resistance they would feel. This ultimately will result in more craters being formed (it’s also the primary reason our Moon has so many craters)

The second reason is due to a lack of geographical activity on the planet, whether it be from volcanoes erupting and covering up craters with the molten lava formed, much like what happens on earth or even the growth of vegetation or natural occurrences like rain to minimise their size.

The third reason is to with the lack of tectonic plate activity on Mars, which would involve the movement of the crustal planes beneath the surface of Mars which would inevitably cover up craters too.

What Are The Largest Craters On Mars?

According to cosmoquest Mars is estimated to have roughly 200 craters over 100km. If I put this into perspective you would be able to put nearly 1100 football pitches into a crater of this size which I’m sure you don’t need me to tell you is absolutely humungous. 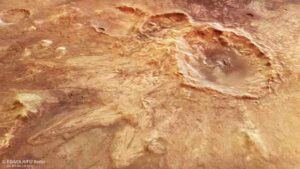 There are also a bunch of other huge caters present on Mars too. These craters are huge per say being 400km+ diameter, which certainly isn’t anything to scoff at. A few of the named ones include Huygens (467km), Schiaparelli (458.5km), Greeley (457.5km), Cassini(408km) and Antoniadi(400.95km).

This list shows that there are quite a number of massive craters that are unnamed too but, the ones mentioned above are among the largest that can be found on Martian soil.

What Is The Oldest Crater On Mars?

Hellas Plantia is also the oldest known crater on the Martian surface. Usually the age of a crater is determined by the number of other craters inside it along with the wear and tear that it’s suffered over the years.

But, even with all these tests per say there’s still no way to distinguish exactly how old the crater is.

How Often Does A Meteor Hit Mars? 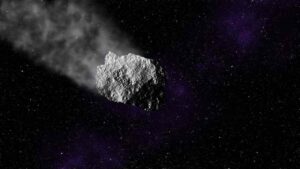 Meteors appear to hit Mars roughly 200 times a year with each impact crater being roughly 1 – 2m in size. This of course means that the impact crater won’t be very large at all (around 4m in size).

Earth in comparison has little to no impact craters formed on in a yearly basis despite roughly 17 space rocks entering the planets atmosphere everyday. In fact it’s estimated that a 20km sized crater on Earth will only be created every million years.

How Are The Craters On Mars Named?

The larger craters on mars are named after either deceased scientist or after towns from earth when the size of a crater is below 60km.

No crater is named after living scientists and no crater named after a town is done to commemorate any specific place, well at least not in theory.

Of course even at this current moment there are still massive craters that aren’t named but, in due time I’m sure they will be.

How To See The Craters On Mars With A Telescope 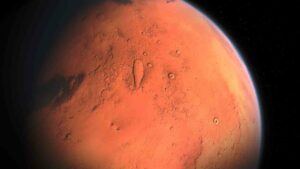 First of all observing a Martian crater will be very difficult as the planet is very far from us being 54 million km at its closest and just under 70 million at its farthest so, expecting to see even Hellas let alone the 300km+ craters will be very very difficult to do without the use of a very powerful telescope.

With that being said, using a telescope with around a 10″ aperture (like the Zhumell Z10 for example) and using near enough its max power, you will at the very least be able to make out a bright white spot south of Mars, which of course will be the largest impact crater in our solar system aka Hellas.

As for being able to see any of the other impact crates, you may possibly be able to make them out as miniscule dots but, the chances of picking them out even in the best of conditions will be near enough impossible with your typical high end telescope.

I’ve actually written a guide on how to see Mars as a whole if you’re interested so, if you want to check that out click here

So now you know how many craters are on mars and why it has more craters than Earth. Over 600k craters more than 1km is quite a strange thing to understand when taking into account Earth only has 200 known craters.

But, that’s just what’s fascinating about the other planets in our solar system.

If there are other things you want us to look into regarding mars or any of the other planets within the solar system, don’t be afraid to leave a comment and we’ll most definitely look into it for you.