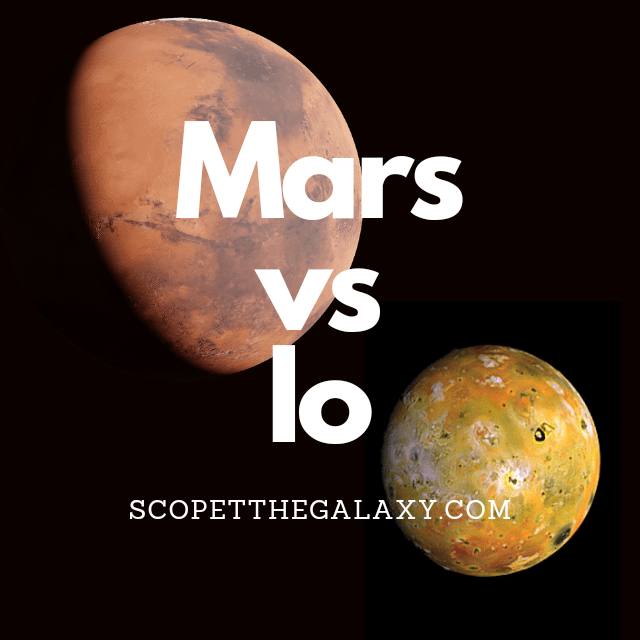 The main differences between Mars and Io is that Mars is the 4th closest planet to the Sun whilst Io is a natural satellite and is joint 5th with the planet it orbits (Jupiter), Mars is bigger with a diameter of 6,779km whilst Io’s diameter is 3,643km, Mars has 2 moon orbiting it whilst Io has 0 and Io is currently the most volcanically active body in our solar system whilst Mars has 0 activity.

If you want a more detailed look at the differences between the two along with a breakdown of these two celestial bodies below, continue reading.

Similarities Between Mars And Io

Io and Mars do have their odd few similarities, which in this case includes the below:

Differences Between Mars And Io

Although Mars and Io have some similar features such as their terrestrial composition, their lack of tectonic activity and the fact both are part of the same solar, they still have a large variety of differences between.

Whether it be in regards to their mass, size, density, the number of objects that orbit them, volcanic activity and more, Mars and Io have completely different functions within the solar system as a whole and as a result operate distinctly from each other.