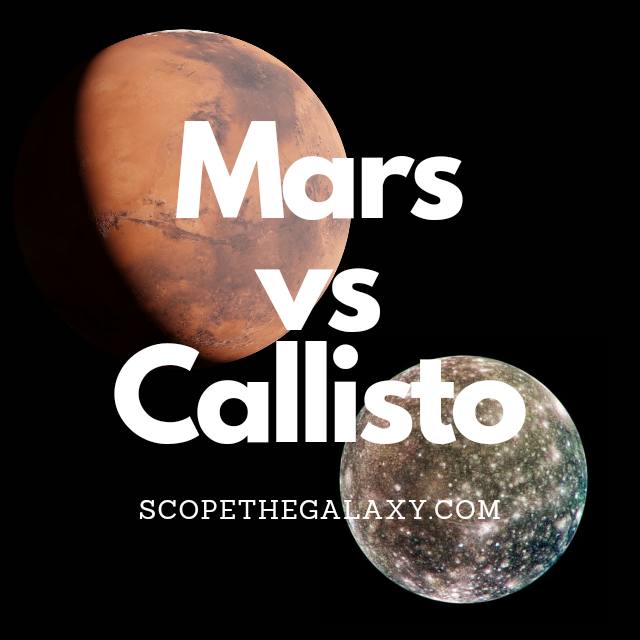 There are numerous other differences between the two so, continue reading for a more detailed look at each of these celestial bodies below along with their similarities and differences.

Billionaires like Elon Musk and even Jeff Bezos are trying for an opportunity to genuinely have astronauts land on the Martian soil, possibly as early as 2029 so, Mars clearly has a lot interested in its terrain, as a potential substitute for Earth in the future

Similarities Between Mars And Callisto

Callisto and Mars do have their odd few similarities, which in this case includes the below:

Differences Between Mars And Callisto

Mars and Callisto do share a fair few similarities from their mostly terrestrial composition, their spherical shape and their heavily cratered surfaces however, they aren’t all that similar when you look into them deeper.

Whether it be in regards to size, mass, the number of objects that orbit them, the length of their day’s, their orbital pattern or more, Mars and Callisto are just designed to function very differently from one another.