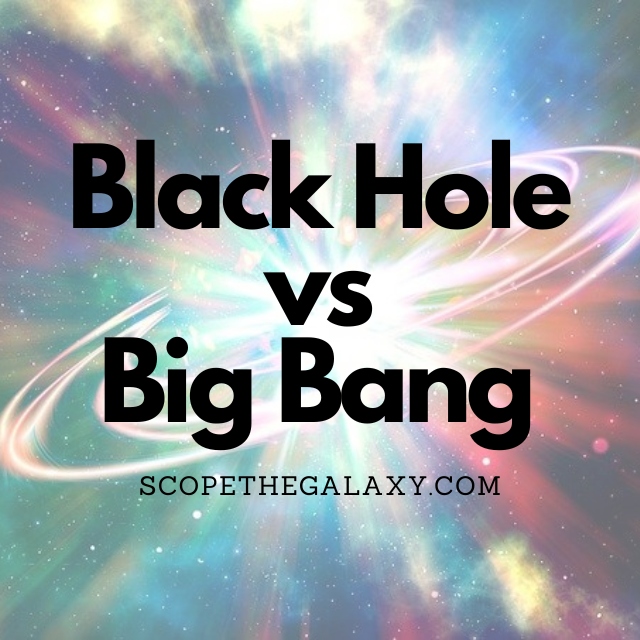 The story of black holes and the big bang both center on singularities, a point in spacetime where the concentration of matter is infinitely dense. Black holes suck everything into this gravitational hole, but the big bang did something different – it exploded outwards.

Discover the facts about each of these space phenomena and find out which came first: the black hole or the big bang.

A black hole is a location in spacetime where the force of gravity is so strong that not even light can escape. These mysterious entities occur thanks to the intense gravity created at the end of a star’s life when the energy that once held it together collapses on itself and creates a spectacular explosion.

When this happens, all of the material left behind from the explosion collapses into a tiny point; some black holes can carry millions of times the mass of our Sun, held in a point no bigger than a pin tip. This point is known as the singularity and has a monumental impact on the space around it.

If you picture the singularity as a single point at the center of a ball, then all the other space inside that ball represents an area where gravity is so strong that no matter can escape it. The event horizon is the point in space where gravity becomes too strong for anything to escape.

Since nothing can escape a black hole – not even light, they are invisible to us. The only way for scientists to observe these phenomena is to watch how they interact and affect stars and other entities within the Universe.

What Is The Big Bang? 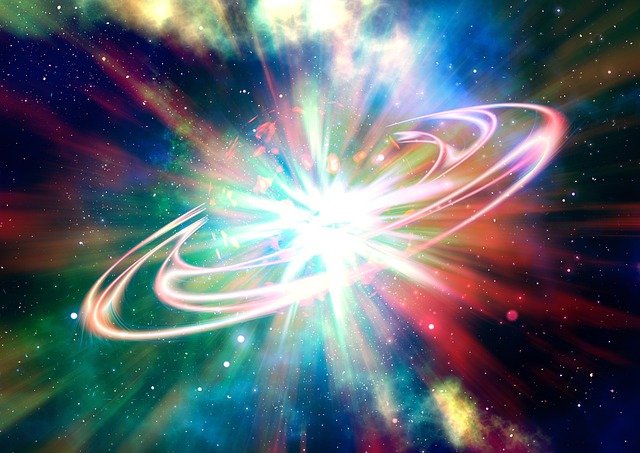 The big bang is a theory that scientists use to describe the birth of our Universe. In essence, it is the idea that our Universe began as one point that exploded outwards and then continued to expand (even to this day), shaping the Universe as we know it.

The big bang occurred roughly 13.8 billion years ago, giving birth to everything in existence today. In the beginning, a singularity contained all matter; at one moment, this singularity exploded outward in a period of cosmic inflation that lasted for only a fraction of a second but propelled matter at the speed of light in every direction.

After just a second, the forces of gravity began to slow the inflation, but everything was still incomprehensibly hot, exceeding temperatures of 5.5 billion degrees Celsius. This immediate aftermath was different from today’s Universe. Still, it provided the essential building blocks – protons, neutrons, and electrons – for everything we see today.

Was The Big Bang Formed From A Black Hole?

At the time of the big bang, several events occurred that scientists still do not yet fully understand: something (a Universe) appeared where there had once been nothing; this Universe expanded infinitely quickly, even with the enormous force of gravity, and the expansion slowed but continues to this day.

These incomprehensible mysteries lead us to ask several questions, including, could the big bang have been the explosion of a black hole? Still, there are several reasons why we know that this is not the case.

The big bang existed as a single moment in time, whereas a black hole is a space location that continues to exist over time. The moment when the big bang occurred was the start of our entire Universe; black holes can only arise in pre-existing universes.

In addition, black holes don’t explode. According to the theory of Hawking radiation, they may evaporate slowly over time, but this is a lengthy process nowhere near the speed of the big bang.

We also know that the big bang was not the explosion of a black hole because of how we observe it. The big bang is a moment that occurred in the past world lines of every observer. If we were present in a black hole, the unavoidable singularity would await us in our future.

The big bang and a black hole have singularities in common, but several factors differentiate them. The big bang bears a more remarkable resemblance to a white hole, but as these entities remain unproven, all theories are speculation.

Why Did The Big Bang Not Become A Black Hole?

Imagine collecting every piece of matter in the Universe and condensing it into a single point. Now, imagine that point expanding at precisely the right rate to form our Universe. It seems unlikely. At the time of the big bang, it would have been far more likely for this infinite mass to have collapsed in on itself to become a black hole. So why didn’t it?

If we examine a black hole, we see that it possesses a singularity – or a point of intense gravity to which all matter is drawn. Outside of the singularity lies a vacuum that helps ensure the matter’s one-way flow.

However, at the time of the big bang, this gravity – or density – was equal in all places. Therefore a particle of matter would have no reason to be drawn to one location more than any other. And this leads to our Universe’s steady expansion, which continues to this day. Gravity has some impact, of course; it slows down the Universe’s growth rate.

Black holes and the big bang have a singularity in common, but that’s really where their similarities end. A black hole is a location in space that draws in all matter while gradually evaporating over long periods. On the other hand, the big bang was a moment in time during which an outward explosion of a singularity brought about our entire existence.

What Is a Black Hole? | NASA Space Place – NASA Science for Kids

What Is the Big Bang Theory? | Space

Was the Big Bang a black hole? – Quora

Why didn’t the Universe collapse into a black hole just seconds after the Big Bang? I imagine it was very dense at that moment. – Quora.