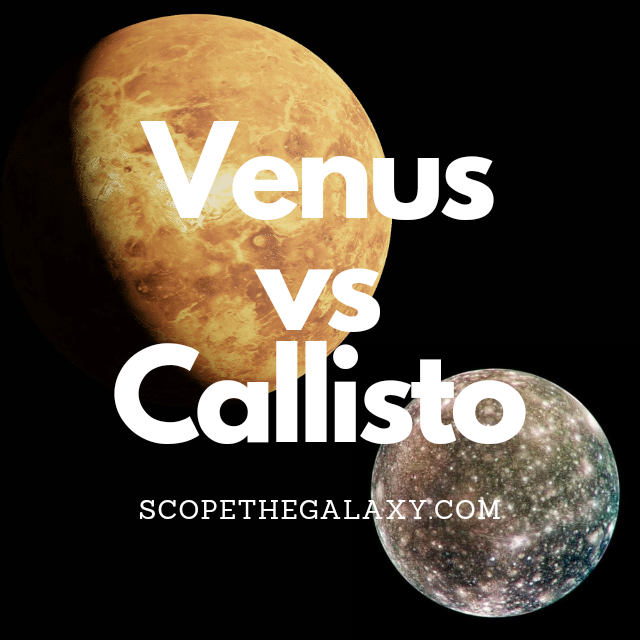 The main differences between Venus and Callisto would be that Venus is both the hottest and brightest entity in the solar system, the 2nd farthest planet from the Sun and has a length of day longer than its orbital cycle around the Sun whilst Callisto is the 3rd largest moon, orbits Jupiter, is the joint 5th farthest and is amongst the most heavily cratered entities in the solar system.

There are various other differences between the two so, continue reading for a more detailed breakdown of both celestial bodies along with an in-depth analysis of their similarities and differences.

How Are Venus And Callisto Similar?

Callisto and Venus do have their odd few similarities, which in this case includes the below:

Differences Between Venus And Callisto

Venus and Callisto do have a few similar features such as the lack of a moon orbiting them, their terrestrial nature and their spherical shape but, other than these elements, the two differ greatly.

Whether it be in regards to mass, size, the thickness of their atmosphere, their temperatures, brightness and beyond, the two are very much their own distinct entities.