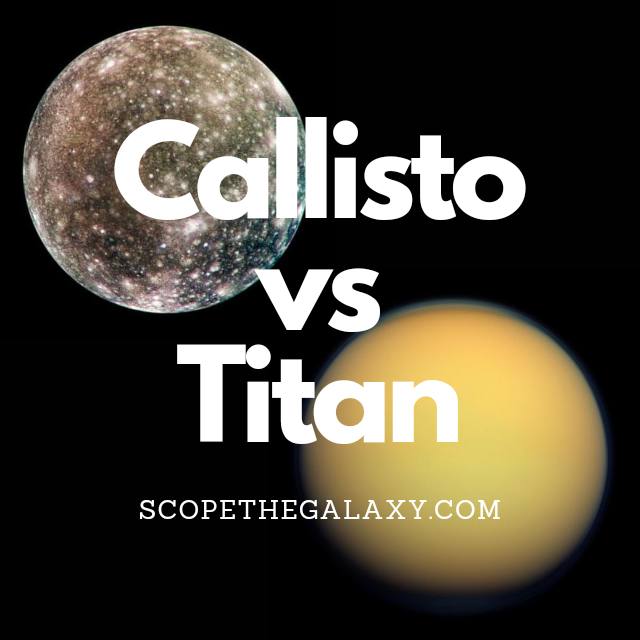 There numerous other differences between these two natural satellites so, continue reading for a more thorough breakdown of both celestial bodies along with their similarities and differences.

Similarities Between Callisto And Titan

As both are natural satellites, Callisto and Titan do share a few similarities, which includes the following:

Differences Between Callisto And Titan

Although Callisto and Titan are both natural satellites, with a low density terrestrial body that both orbit the largest gas giants in our solar system, they have their fair share of differences too, with the most prominent being how different their appearance is from one another.

Whether it be in regards to their mass, size, atmosphere structure, length of their days and more, Callisto and Titan are clearly designed to be and ultimately function very disntinctly from one another.