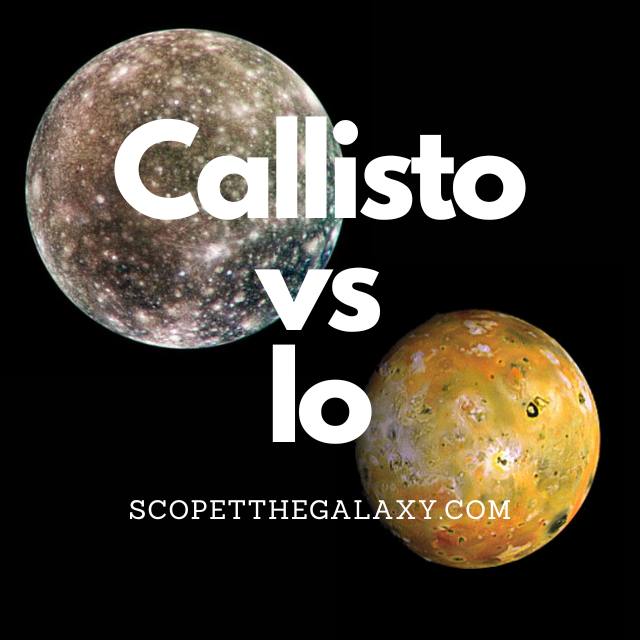 There are various other differences between the two so, continue reading for a more detailed look at each of these entities below along with their similarties and differences.

Similarities Between The Callisto And Io

Differences Between Callisto And Io

Callisto and Io do share a few commonalites such as the fact both were discovered by Galileo and are amongst the largest moons in our solar system but, there are distinct features on both as well which makes them easily disntinguishable.