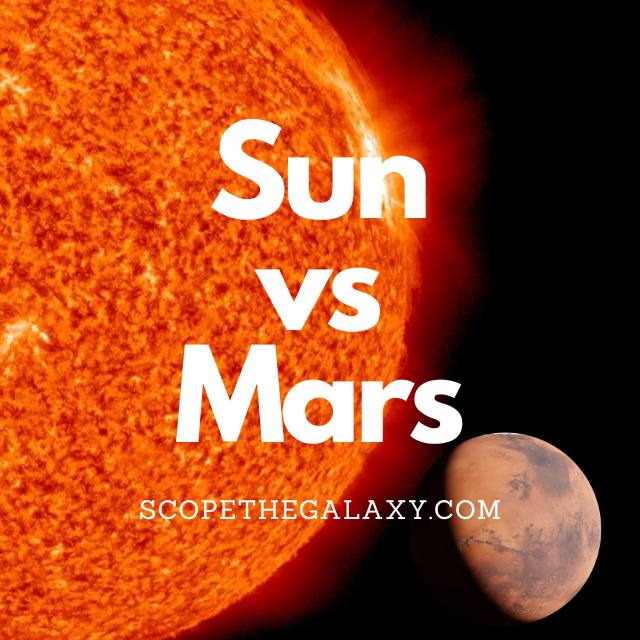 The main differences between the Sun and Mars is that the Sun is a main sequence yellow dwarf star that is able to produce energy via nuclear fusion, is extremely bright and is roughly 1.39 million km in size whereas Mars is the 4th farthest planet from the Sun, that is 6,779km in diameter, is red in color.and has 2 moons orbiting whilst also orbiting the Sun itself.

How Is The Sun And Mars Similar?

Although Mars and the Sun don’t share too much in common, they do have the odd few features that are similar, which in this case includes the following:

Differences Between The Sun And Mars

Mars and the Sun are very differnet entiteis from one another where one is a normal terrestrial planet and the other the center of any given solar system inlcuding the one that Mars orbits.

The Sun is a main sequences star that creates energy that is supplied all throughout our solar system and is many times brighter, hotter and bigger than Mars. Besides the two are in completely different brackets when it comes to celestial beings therefore, it makes sense that there are so many differences between the two.