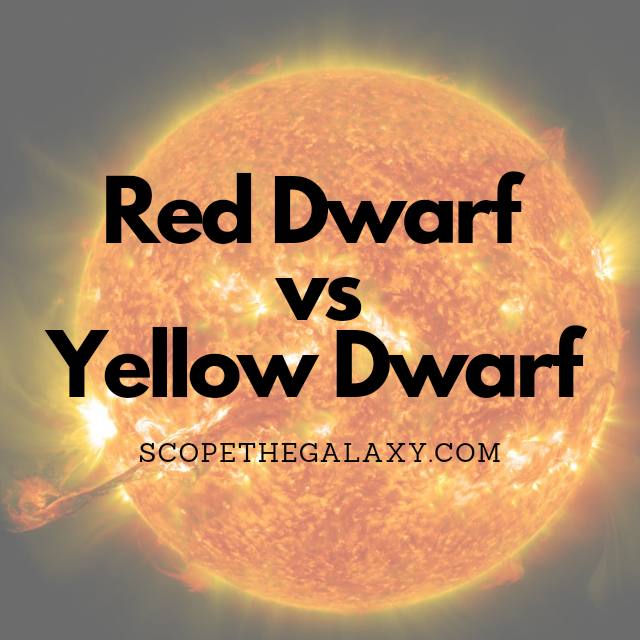 Red dwarfs and yellow dwarfs are both celestial bodies that convert hydrogen into helium and in turn produce their own light source of their own.

The main differences between a red dwarf and yellow dwarf would be down to the luminosity of each entity where yellow dwarfs are 10,000 times more bright, they’re significantly hotter and larger in mass. This means yellow dwarfs do have a shorter lifespan and in turn aren’t as abundant as red dwarf stars.

For a more thorough breakdown of both dwarf stars, along with a breakdown of the similarities and differences between the two, continue reading as I’ll be covering that below.

What Is A Yellow Dwarf? 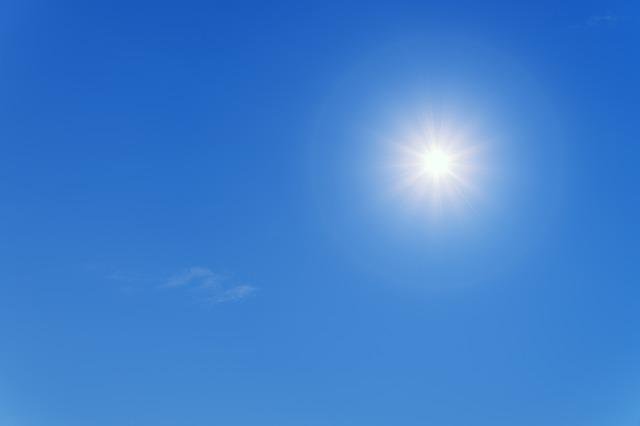 Yellow dwarf stars, also referred to as G type main sequence stars, are medium sized stars that can be found all across the universe, with the closest observable yellow dwarf star our Sun. These stars are typically between 0.84 – 1.15 solar masses so almost equivalent in size to our own Sun, which is equivalent to 1 solar mass.

Despite the name, yellow dwarfs won’t always be yellow. The Sun for example is actually prime white and not yellow as most popular media would depict. The only reason we see it as yellow, orange or even red is due to Earth’s atmosphere distorting how we observe the stars color.

These Stars are relatively common in outer space where roughly 10% of all stars will fall under a G type main sequence star/yellow dwarf moniker but, they’re far from as common as a red dwarf.

These stars function in much the same was any other main sequence star or luminosity V star would. The general process would require that the star convert hydrogen into helium through a process called nuclear fusion.

The whole process will continue onwards for 10+ billion years until the star runs of hydrogen to fuse.

Throughout its lifespan they will burn at temperatures around the 6000°C range until it cools and expands into a red giant and eventually become a white dwarf when all of the excess mass from bloating has shed in its entirety.

Will Our Sun Become A Red Dwarf?

No, our sun will not become a red dwarf star, instead it will initially bloat up a become a red giant for around 1 billion when the hydrogen near its core has been depleted.

Eventually, as the stars gravity is unable to handle the expansion, the outer layer of the star’s mass and materials will shed resulting in gas clouds and dust referred to as a planetary nebula. Once the planetary nebula has dispersed the only object remaining would the white core at the center of, aka the white dwarf core.

Our sun will never become a red dwarf as it simply wasn’t born dim and small enough to ever be classified as such and will instead become a red giant then a white dwarf.

Similarities Between A Red Dwarf And A Yellow Dwarf

Red dwarfs and yellow dwarfs, although different in many ways, are similar in a fair few too. Firstly as both celestial bodies are stars, they will convert hydrogen to helium through nuclear fusion.

Both can produce light, despite the stark differences in luminosity. This is limited to stars as planets, no matter how similar in composition (Jupiter), would not be able to produce light as nuclear fusion does not occur within its core. Besides these core similarities, both stars a different in plethora of ways

Differences Between A Red Dwarf And Yellow Dwarf

As for the differences between the two, they would include the below:

All in all these stars are very different from each other, whether it be the significant discrepancies in their masses, their temperatures, luminosity, lifespan and so on.

In short, yellow dwarfs are simply the more powerful celestial body, which is also the reason why they die sooner and in turn why red dwarfs are the most abundant stars in the universe. Due to the nuclear fusion process being slower for a red dwarf, it can take potentially 10 trillion years for a single one to die out.

Of course we’ll never get to witness this as our universe is only an estimated 13.8 billion years but, based on the efficiency or lack thereof when it comes to converting hydrogen to helium at its core, trillions of years appears to be a fair guess.