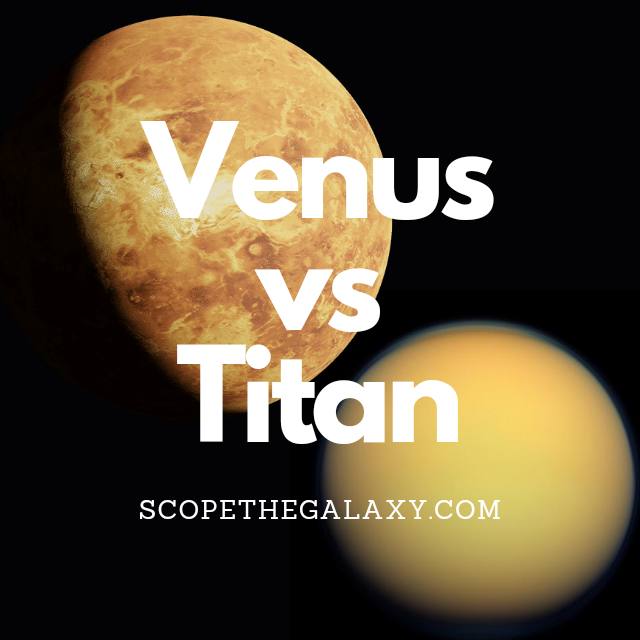 The main differences between Titan and Venus would be that Venus is the 2nd farthest planet from the Sun, is the hottest planet in our solar system, is the brightest celestial entity other than the Sun in our solar system and is more than twice Titan’s diameter whilst Titan is a natural satellite that has a water cycle similar to that of Earth, orbits Saturn and is far colder than Venus as a result.

There are a variety of other differences between these two celestial bodies so continue reading if you want a more detailed breakdown of these differences below.

Similarities Between Venus And Titan

Titan and Venus do have their odd few similarities, which in this case includes the below:

Differences Between Venus And Titan

Although Venus and Titan do have a somewhat similar composition from the rocky exterior and thick atmosphere but vary significantly in a variety of other ways.

Whether it be their differences in size, temperature, luminosity, gravity and even the time it takes to complete an orbit around the Sun so, despite their terrestrial nature both entities do fall under different brackets and as a result very distinct entities from one another.