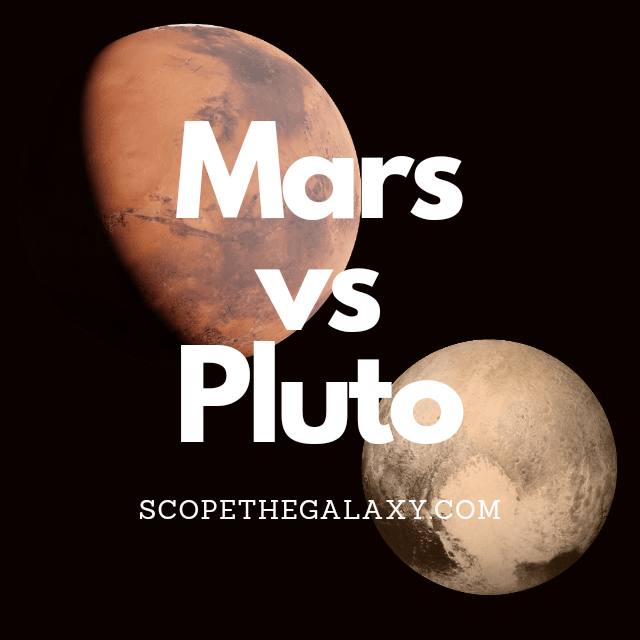 There are other differences between the two so continue reading if you want a more thorough breakdown of both planets, their similarities and their differences.

Similarities Between Mars And Pluto

Both Mars and Pluto do have a few similarities , which in this case includes the following:

Differences Between Mars And Pluto

As for the differences, they include the below:

Although some aspects of Mars are the same if not very similar to Pluto such as their terrestrial composition, the fact both orbit the Sun and their multiple moons, they still differ in more ways.

Whether it be their differences in size, temperature, orbital cycle around the Sun, their gravitational strength, magnetic field strength and beyond. So, despite the common features, Mars and Pluto are very different from one another and that can be more clearly outlined when the differences are broken down.