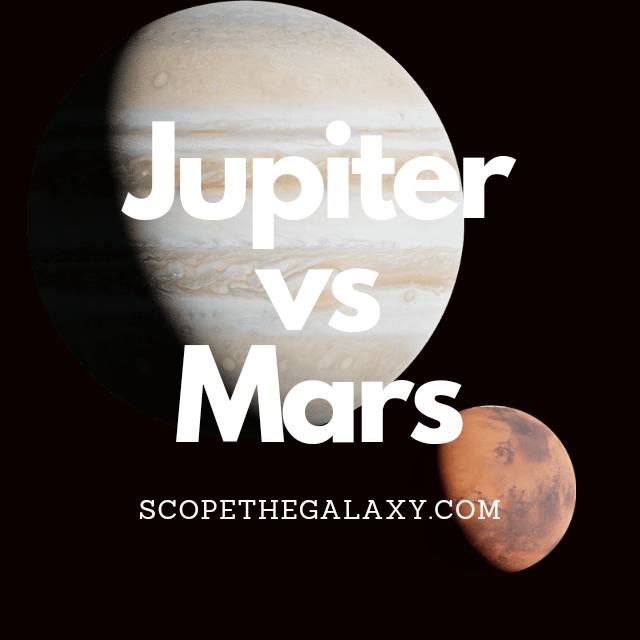 The main differences between Jupiter and Mars include their size where roughly 20 Mars sized planets could cover the length of Jupiter, their general composition where Jupiter is a gas giant and Mars a terrestrial planet, Jupiter’s far stronger magentic field, Mars’ 2 moons compared to Jupiter’s 79 and how Jupiter takes 12 years to orbit The Sun as opposed to Mars’ 687 days.

There are several other features the differentiate the two so contiue reading if you want a more thorough breakdown of both Jupiter and Mars in this article.

Similarities Between Jupiter And Mars

Although Jupiter and Mars are not too similar to each, they still share a few commonalities, which in this case includes the following:

Differences Between Jupiter And Mars

In regards to the differences between Jupiter and Mars, they include the following:

Jupiter and Mars have a variety of differences that separate the two, whether it be their size differences, difference in temeperature, the length of their orbit around the Sun, magentic field strength, the number of moons that orbit them and the differences in composition where one is a gas giant and the other a terrestrial planet.

Although both orbit the same star, are speherical in shape and have multiple moons orbiting them, they are built and fucntion distinctly from one another.