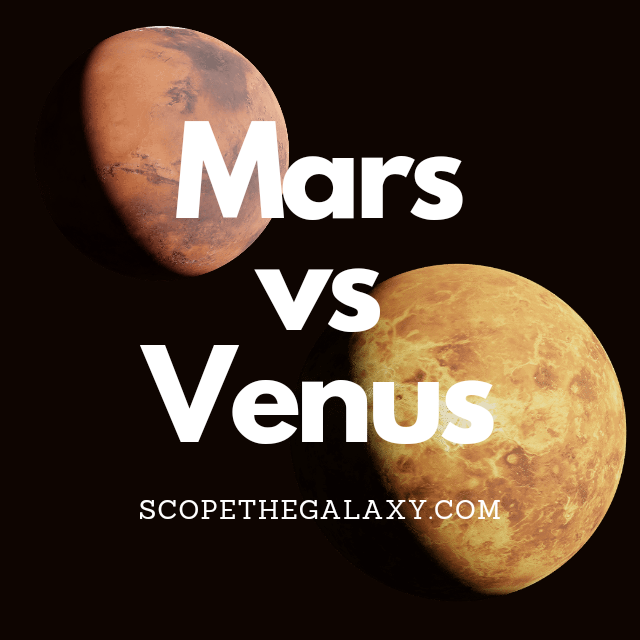 The main difference between Mars and Venus is that Venus is both the brightest and hottest planet in our solar system, Mars has 2 Moons whilst Venus has 0, Venus is the 2nd closest planet to the Sun whilst Mars is 4th, one day on Venus takes 243 days whilst it’s 24:37 hours on Mars and Venus has an atmosphere 3,000 denser than that on Mars.

For a more thorough look at both the similarities and differences between these two l, continue reading as it’ll be covered in more detail below.

Unlike all the planets further outside the Sun’s orbit, Venus has no moons orbiting it. The most probable reason for this is due to its closer proximity to it, which means that smaller objects orbit the Sun as opposed to Venus.

How Are Mars And Venus Similar

Both Mars and Venus do share quite a few common features, which in this case includes the following:

Differences Between Mars And Venus

Mars and Venus do have their fair share of commonalities such as their terrestrial nature meaning they have an atmosphere and a solid surface, the fact they both orbit the sun, have a core and so forth.

However, they differ significantly too whether it be their size, temperature, the length of a single day their, the number of moons orbiting them, brightness and so on. Despite all their similarities and close proximity to our home planet, the two are still distinct enough that only Mars is in consideration for a terraforming expedition.