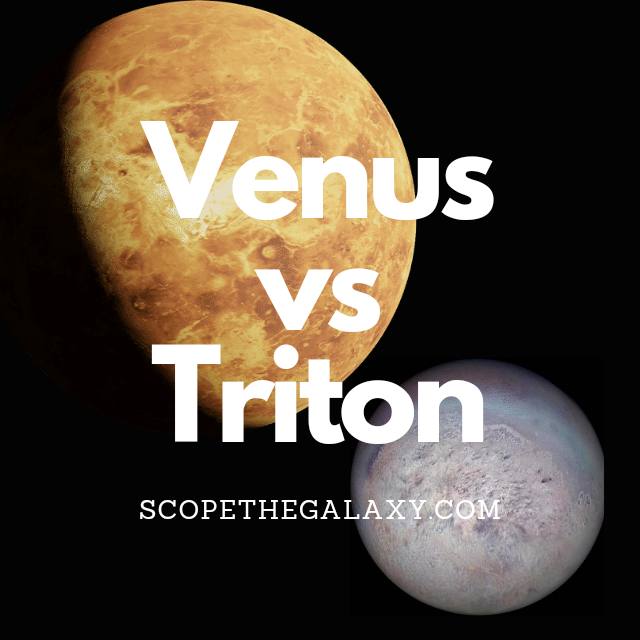 Similarities Between Venus And Triton

Triton and Venus do have their odd few similarities, which in this case includes the below:

Differences Between Venus And Triton

Although Venus and Triton do share the odd few similarities such as their basic terrestrial composition, the lack of a moon that orbit them and the fact both are part of the same solar system, the two are still very different form one another.

Whether it be in regards to mass, size, temperature, the thickness of their atmospheres, the overall brightness they display and beyond, Venus and Triton are very much distinct entities in their own right.