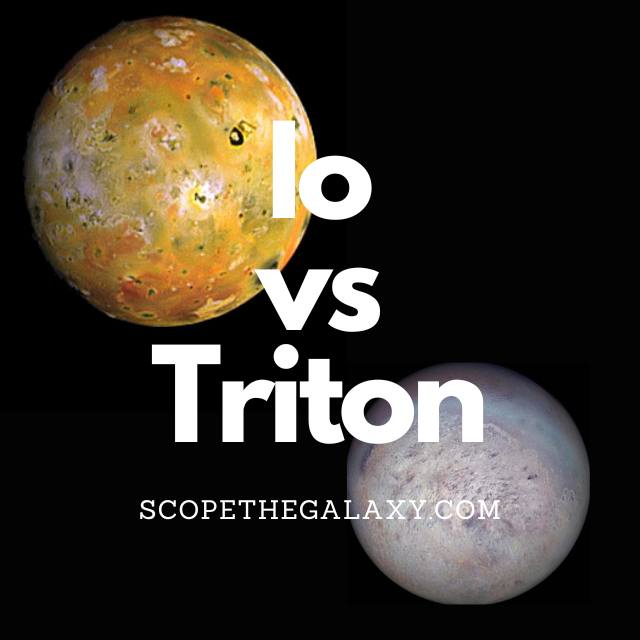 The main differences between Io and Triton are that Io is bigger with a diameter of 3,643km whilst Triton’s is 2,706km, Io is the most volcanically active entity in our solar system whilst Triton is also volcanically active but not to the same degree and Triton orbits its planet in a retrograde motion whilst Io orbits its planet in the normal counter clockwise direction.

There are various other differences between these two natural satellites so, continue reading for a more detailed look at each of these celestial bodies along with their similar and unique features below.

How Are Io And Triton Similar?

As both are natural satellites, Io and Titan do share a few similarities, which includes the following:

Differences Between Io And Triton

Triton and Io have their fair share of common features such as the fact both are natural satellites, both are volcanically active and that both are amongst the largest moons in our solar system.

However they differ too, whether it be in regards to how active they are volcanically, their mass, gravity, density, the length of their days and more. As a result both Triton and Io are distinct entities in their own right.