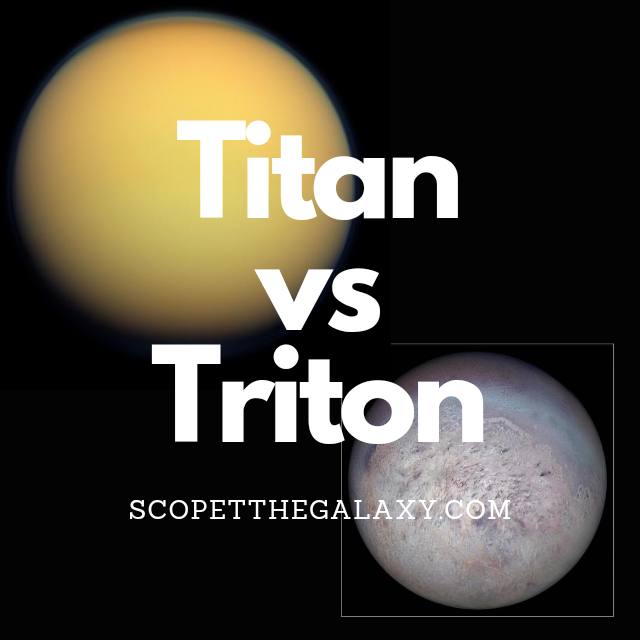 There are various other differences between the two so, continue reading for a more detailed look at each of these celestial bodies along with their similarities and differences.

Similarities Between Titan And Triton

As both are natural satellites, Triton and Titan do share a few similarities, which includes the following:

Differences Between Titan And Triton

As both Titan and Triton are both natural satellites, they both share a few common features such as the fact they orbit a gas giant, have no other objects orbiting them and a generally similar rock based surface there still are differences present also.

Whether it be in regards to their mass, size, density, the fact Triton has retrograde motion whilst Titan doesn’t, Titan has a water cycle and a thick atmosphere and beyond, so it only makes sense that both have very different functionalities from one another despite sharing the feature of being natural satellites.