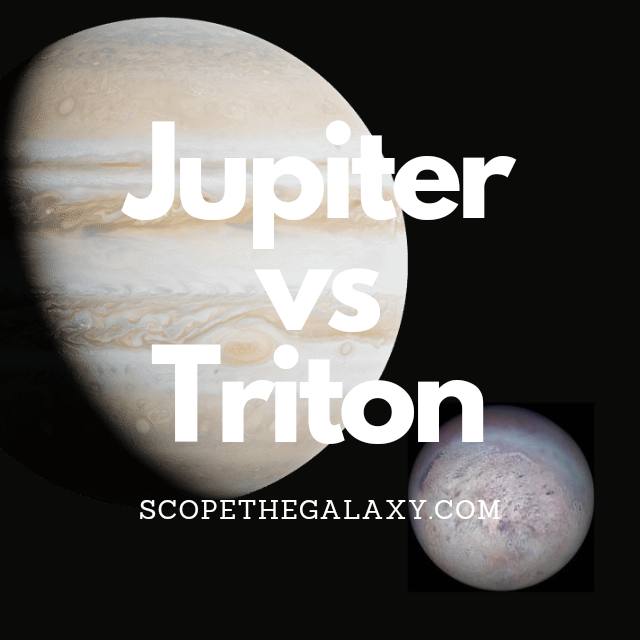 The main differences between Jupiter and Triton are that Jupiter is a gas giant planet with 79 moons whilst Triton is a natural satellite that orbits Neptune, Triton has volcanic activity on its surface whilst Jupiter can’t due to is gas based composition and Jupiter has the strongest magnetosphere in our solar system whilst Trtion has no magnetic field.

What Is The Moon Trition?

Similarities Between Jupiter And Triton

There are a few similarities that Jupiter and Triton share, which in this case includes the following:

Differences Between Jupiter And Triton

Although Jupiter and Triton are found within the same solar system, the manner is which they are designed and how they function are completely different from one another.

Whether it be in regards to their size, mass, the length of their day, their magnetic field and more so, it isn’t surprising that Jupiter is as different as it is from Triton.