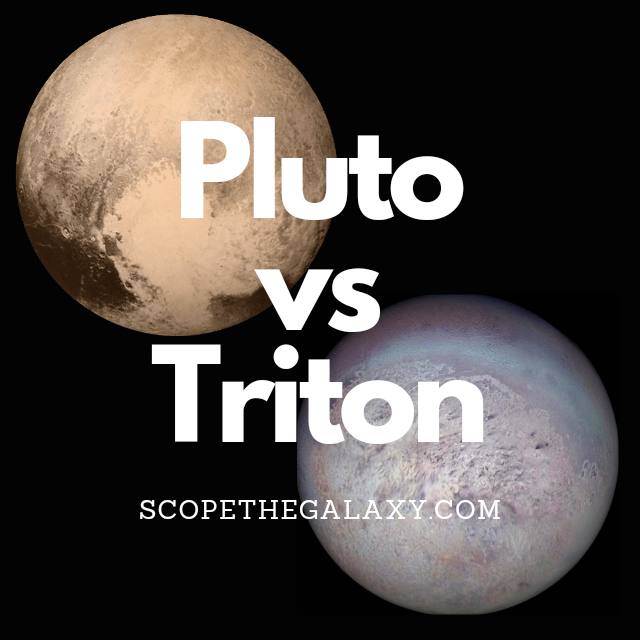 For a more detailed look at both entities, continue reading as the differences, similarities and what makes each body what they are will be covered more thoroughly below.

Similarities Between Pluto And Triton

Pluto and Triton do have their odd few similarities, which in this case includes the below:

Differences Between Pluto And Triton

Although both Triton and Pluto are tidally locked to another entity, have no magnetosphere and have a rocky and ice based surface, there are still a number of factors that distinguish the two from one another.

Whether it be in regards to size, mass, their volcanic activity, length of day and beyond, Both bodies have enough differences between each other that makes them stand out as distinct entities within our solar system in their own right.