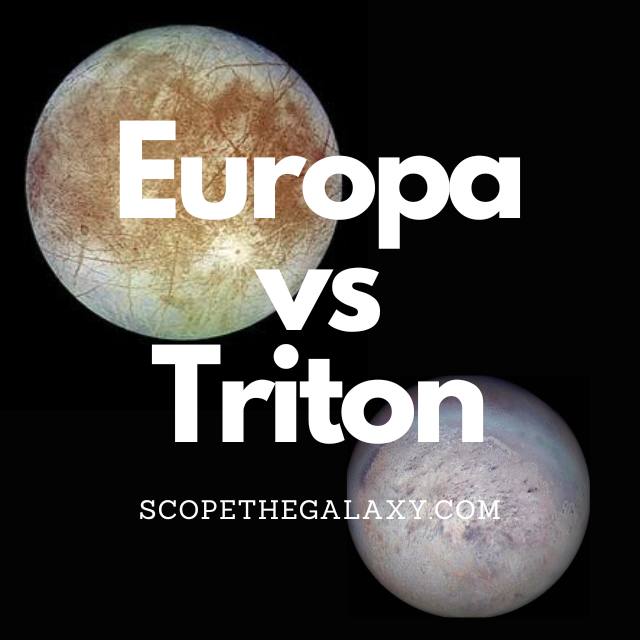 There are numerous other differences between the so, continue reading for a more detailed look at each celestial body along with their similarities and differences below.

Triton is the largest moon orbiting Neptune, whose most unusual feature is its retrograde orbit. Triton is the only major moon in our solar system which orbits in the opposite direction of its planet’s rotation.

How Are Europa And Triton Similar?

As both are natural satellites, Europa and Triton do share a few similarities, which includes the following:

Differences Between Europa And Triton

Both Europa and Triton share a few features such as their terrestrial composition, the fact both orbit gas giants, have ice present on their surfaces and are tidally locked to their respective planets but, they are still very different from one another.

Whether it be in regards to mass, size, density, their volcanic activity, length of days, water presence and more, Europa and Triton are distinct enough in their own rights to be looked as independent entities as opposed to just another moon orbiting a gas giant.