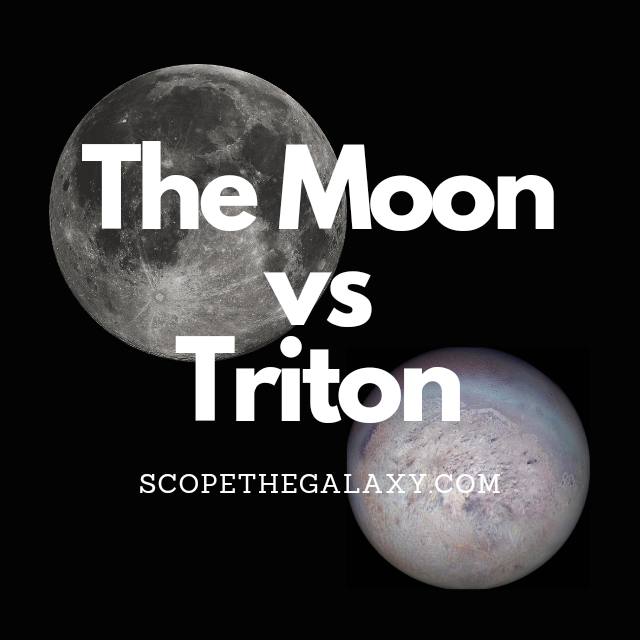 The main differences between the Moon and Triton is that the Moon orbits Earth whilst Triton orbits Neptune, Neptune orbits in a retrograde motion whilst the Moon in the normal counterclockwise motion and the Moon is bigger with a diameter of 3,474.8km whilst Triton’s diameter is 2,706km.

There are various other differences between the two so, continue reading for a more detailed look at both entities along with their similarities and differences below.

Triton is the largest moon orbiting Neptune, whose most unusual feature is its retrograde orbit. Triton is the only major moon in our solar system which orbits in the opposite direction of its planet’s rotation.

Similarities Between The Moon And Triton

As both are natural satellites, the Moon and Triton do share a few similarities, which includes the following:

Differences Between The Moon And Triton

In regards to the differences that the two show, they include the below:

As both the Moon and Triton are natural satellites, it makes sense that both entities would share common features such as a thin atmosphere, terrestrial, rocky surface and the fact both orbit another object.

Nevertheless, their differences in size, mass, length of day, the orbital motion and more which is what makes both natural satellites very distinct and ultimately function uniquely from one another.