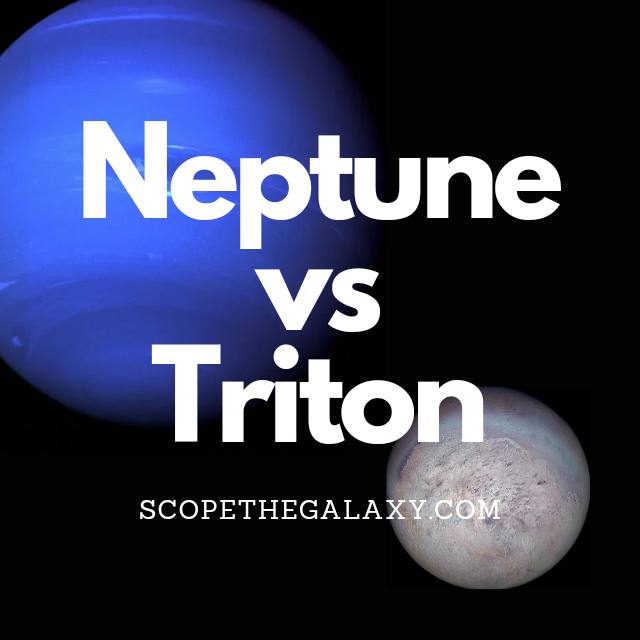 Although Neptune and Triton are related in the sense that Triton is Neptune’s largest moon, there differ more than they are similar.

The main differences between Neptune and Triton are that Neptune is an ice based gas giant whilst Triton is terrestrial based natural satellite, Neptune is far bigger with a diameter of 49,244km whereas Triton’s is 2,706km and Neptune has 14 moons orbiting it whilst Triton has 0.

There are number of other differences between the two so, continue reading for a more detailed look at each celestial body along with their similarities and differences below.

What Is The Moon Neptune?

Similarities Between Neptune And Triton

There are a few similarities that Neptune and Triton share, which in this case includes the following:

Differences Between Neptune And Triton

The differences between the two include the following:

Although these two share a few similarities such as the fact both take 165 years to orbit the Sun and are part of the same solar system,

However, whether it be in regards to their differences in mass, size, length of day, the number of bodies that orbit them, their physical composition and more, Neptune and Triton are designed to function completely distinctly from one another.