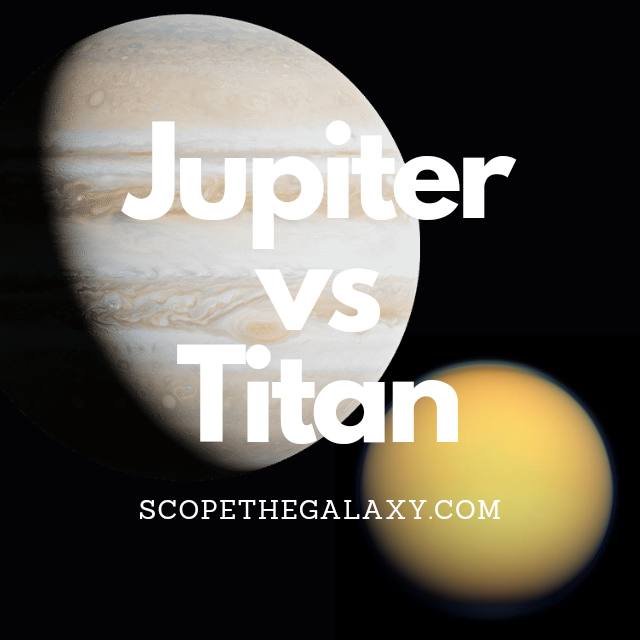 The main differences between Jupiter and Titan are that Jupiter is the largest planet in our solar system with a gas based composition consisting mostly of hydrogen helium whilst Titan is the 2nd biggest Moon in our solar system and is the most Earth like entity in our solar system, with rivers, lakes, terrestrial body and even a water cycle that is similar to that of Earth.

Continue reading if you want a more in-depth look at each of these celestial objects along with some of their similarities and other differences.

Similarities Between Jupiter And Titan

There are a few similarities that Jupiter and Titan share, which in this case includes the following:

Differences Between Jupiter And Titan

Although both are part of the same solar system, Titan and Jupiter operate very distinctly from one another.

Whether their differences in temperature, size, mass, the number of bodies that orbit them and their overall composition, Jupiter is very different from Titan functionally as it is the largest gas giant and Titan the second largest moon.