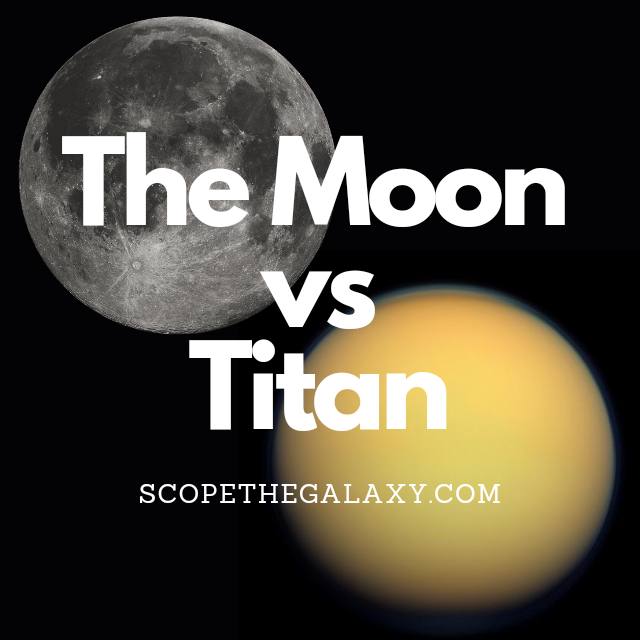 The main differences between the Moon and Titan would be that Titan has an atmosphere very similar to that of Earth whilst the Moon has a very thin exosphere, Titan is the 2nd largest natural satellite whilst the Moon is 5th and the Moon is nearly 2 times as dense as Titan with a density of 1.88 g/cm³ compared to the Moon’s 3.34 g/cm³.

There are numerous other differences between Titan and the Moon so continue reading for a more thorough breakdown of this below.

Similarities Between The Moon And Titan

As both are natural satellites, the Moon and Titan do share a few similarities, which includes the following:

Differences Between The Moon And Titan

Titan and the Moon are both natural satellites that orbit another entity and are terrestrial planets but in terms of size, temperature, mass and more, they do have their fair share of differences too.

That’s why in the grand scheme of things, even if both are orbiting other planets they function distinctly from one another.