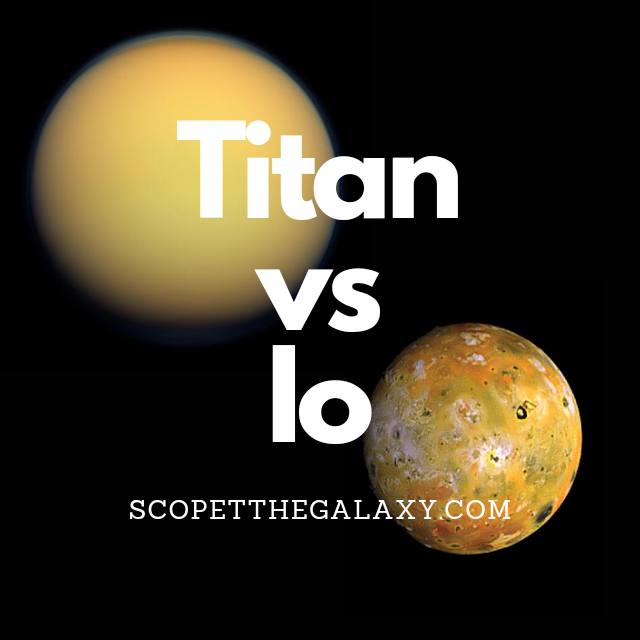 The main differences between Titan and Io is that Titan is the 2nd largest moon with a diameter of 5,150km whilst Io is 4th with a diameter of 3,643km, Titan orbits Saturn whilst Io orbits Jupiter and that Titan has a very thick atmosphere with a water cycle similar to that of Earth whereas Io is the most volcanically active object in our solar system.

There are a variety of other differences between the two so, continue reading for a more detailed breakdown on Titan and Io along with their similarities and differences below.

Similarities Between Titan And Io

As both are natural satellites, Io and Titan do share a few similarities, which includes the following:

Differences Between Titan And Io

Although both are natural satellites and orbit the two biggest gas giants in our solar system, their overall functionality is very different from each other.

Whether it be in regards to mass, size, the activity on their surfaces, their atmosphere’s, density, gravity and beyond, Titan and Io are easily distinguishable as they operate very uniquely from one another.