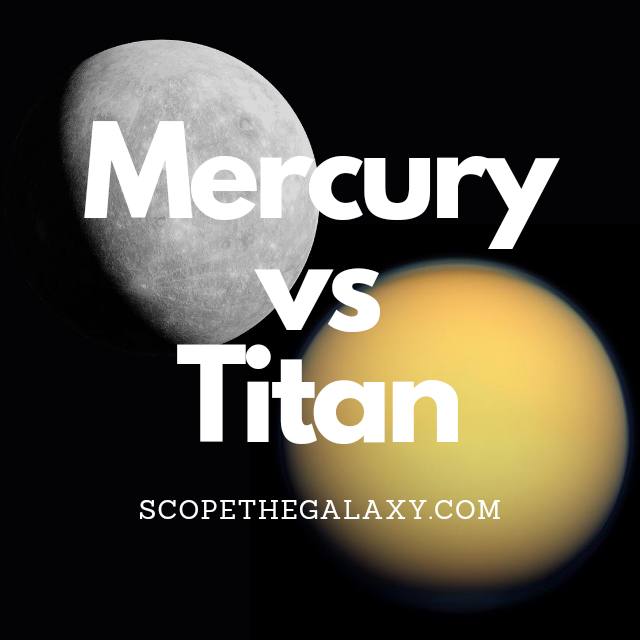 The main differences between Mercury and Titan are that Mercury is the closest planet to the Sun, has a very thin atmosphere, has no objects orbiting it and is 4,879km in diameter whilst Titan is a natural satellie that orbits Saturn, is the bigger of the two with a diameter of 5,150km and has a far thicker atmosphere and a water cycle, along with rivers and lakes similar to that Earth.

Similarities Between Mercury And Titan

Titan and Mercury do have their fair share of similarities, which in this case would include the following:

Differences Between Mercury And Titan

Both of have their fair share of differences as can be seen above.Whether it be their differences in size, mass, density, their atmosphere or simply the manner at which they function. It’d be hard to compare the two, even if both Titan and Mercury are terrestrial entities.

In fact based on the fact Titan has an atmosphere, if not for the fact it orbits Saturn it could easily fall under the planet bracket but, it isn’t a planet and as result quite different from Mercury.