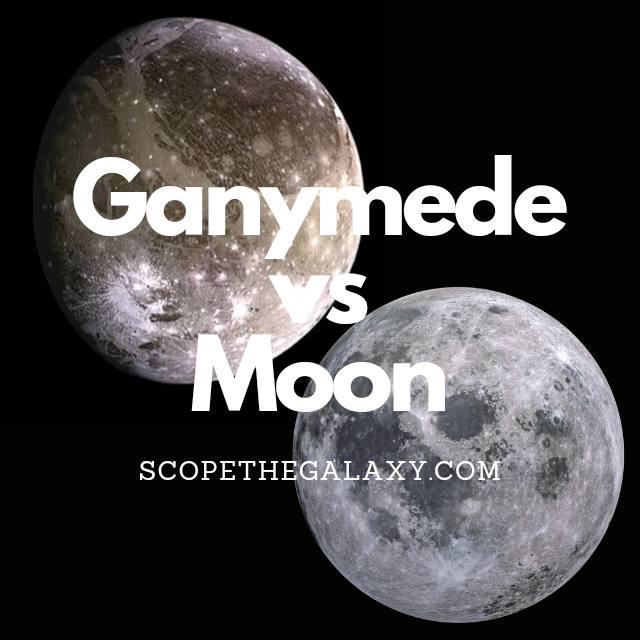 There are numerous other differences between the two so continue reading for a more thorough look at each of these natural satellites, along with their similarities and differences below.

How Are Ganymede And The Moon Similar?

As both are natural satellites, the Moon and Ganymede do share a few similarities, which in this case includes the following:

Differences Between Ganymede And The Moon

The Moon and Ganymede do have their fair share of similarities as both are moons that orbit another planet so, the fact they orbit them elliptically and have a little to no atmosphere in this case isn’t all that surprising.

With all that being said, the two are still very different from one another, whether it be in regards to their size, mass, density, magnetosphere activity and more. As a result Ganymede and the Moon are very much distinct entities despite the number of features they share.