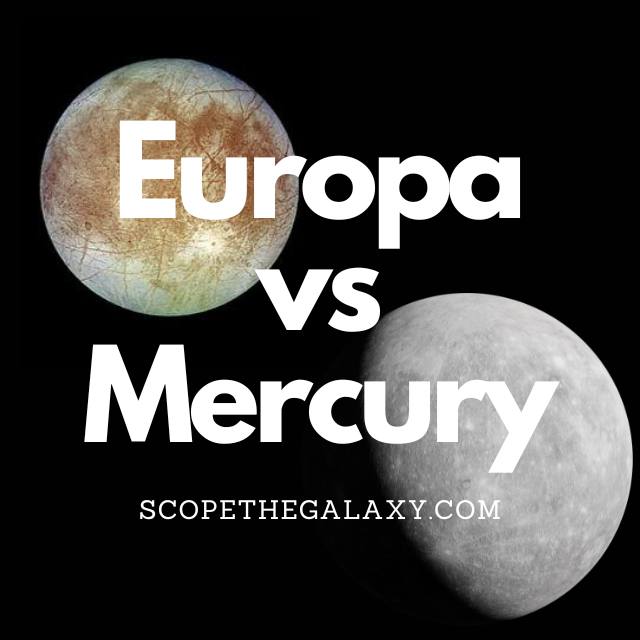 The main differences between Europa and Mercury is that Europa is a the 4th largest Galilean moon that orbits Jupiter whilst Mercury is the closest planet to the Sun, Mercury is the larger of the two with a diameter of 4,879km whilst Europa’s is 3,121.6km and Europa has ice water on its surface whereas Mercury is made of iron and silica rocks.

There are numerous other differences between the two so continue reading for a more detailed look at each celestial body below.

It has a diameter of 3,121.6km, which makes it larger than pluto but smaller than the Earth’s moon, and the maximum temperature is a chilly -160 degrees Celsius. In regards to mass, it measures in around 4.8 × 10^22 kg.

Similarities Between Europa And Mercury

Europa and Mercury do share a few similarities, which in this case includes the following:

Differences Between Europa And Mercury

Mercury and Europa do not share a lot of things in common, besides the fact both are terrestrial entities and neither have other celestial bodies orbiting them.

Whether it comes to size, temeprature, desnity, gravity and beyond, Mercury and and Europa are simply very different from one another.