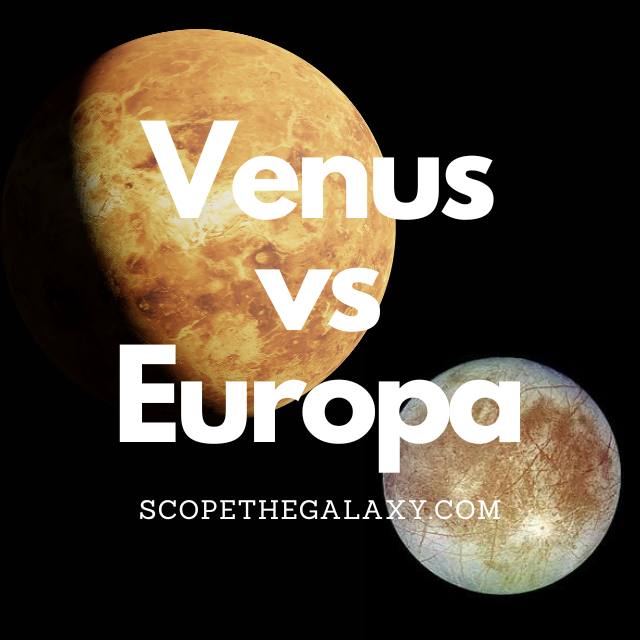 There are a variety of other differences between Venus and Europa too so, continue reading if you’re looking for a more in depth look at each celestial body along with their similar and distinct features.

How Are Venus And Europa Different?

The similarities between Venus and Europa include the following:

Differences Between Venus And Europa

Even if Jupiter’s Galilean moon Europa and Venus the 2nd biggest terrestrial planet in our solar system do share the odd few commonalities such as their lack of tectonic plates, lack of moons and of course their general composition of a rock planet with an atmosphere, they still differ from each other a lot more.

Whether it be in size, luminosity, temperature, thickness of their atmosphere and more, Venus and Europa are very different from one another, after all their overall functions aren’t the same as one is a planet and the other a natural satellite that orbits another planet.