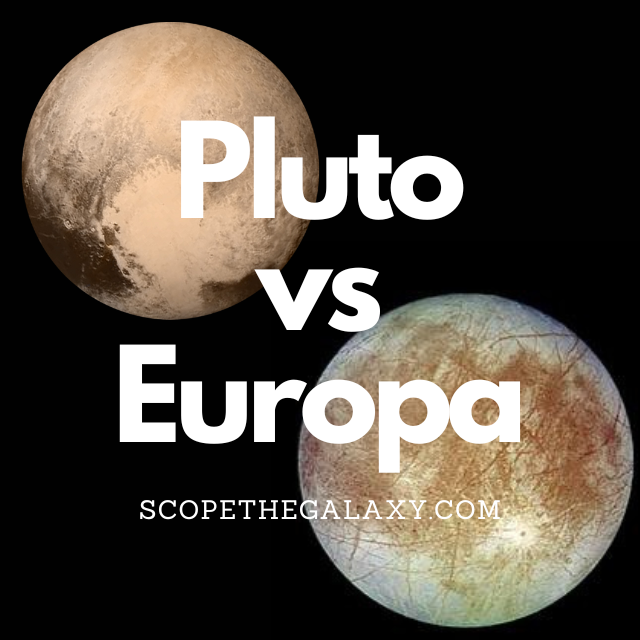 The main differences between Pluto and Europa is that Pluto is a dwarf planet that has 5 other moons orbiting it, is 2,370km in diameter and is the 9th farthest planet from the Sun, where it would take it 247.78 years to orbit the Sun whereas Europa is Jupiter’s 4th biggest moon with a diameter of 3121.6km, has water ice on its surface and a practically non-existent atmosphere.

There are numerous other differences and the odd few similarities between Pluto and Europa so, continue reading for a more detailed look at each celestial body below.

Similarities Between Pluto And Europa

Pluto and Europa do share a few similarities between themselves, which includes the following:

Differences Between Pluto And Europa

In regards to the differences between the two celestial bodies, they would include the below:

Pluto and Europa are very different from one another even if they do share a few similarities in how they orbit their respective entities and how both are tidally locked to another celestial body in their local region.

Other than this, whether it be the fact Pluto is a dwarf planet and Europa a natural satellite, their differences in size, temperature, mass and just in the manner in which they function, Pluto and Europa are easy enough to separate from another.