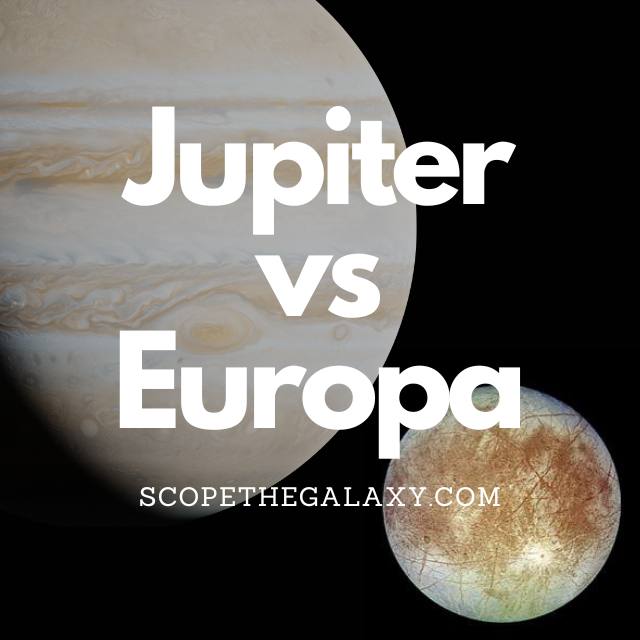 The main differences between Jupiter and Europa is that Jupiter is a gas giant, that is also the largest planet in our solar system that has 79 other moons orbiting it whilst Europa is Jupiter’s 4th largest moon, it is a terrestrial based entity that has water ice on it surface and also orbits Jupiter in an elliptical manner whilst tidally locked to it.

There are various other differences between the two so continue reading for a more detailed look at each celestial body below along with some of their similarities and how they differ.

Similarities Between Jupiter and Europa

Jupiter and Europa don’t have too many similarities but some elements are still shared, which in this case includes the below:

Differences Between Jupiter And Europa

Even though Europa and Jupiter are located very close to one another (as Europa does orbit Jupiter), there really isn’t too much that these two have in common.

Whether it be in regards to their size, mass, density the strength of their magnetosphere and more, Jupiter and Europa are clearly designed to function very uniquely from one another.