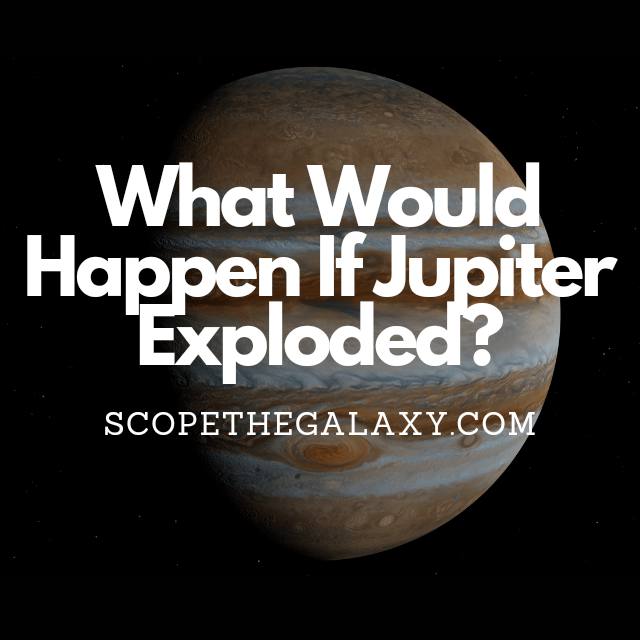 If Jupiter exploded, it could theoretically be the end of human life due to gamma radiation or a chunk of the exploded planet smashing into our surface. But while this explosion could be our demise, the rest of the solar system would escape relatively unscathed.

Find out how Jupiter could explode and what would happen to the rest of the solar system was this event to occur.

How Could Jupiter Explode?

It’s improbable that Jupiter would ever explode; this theory is more fiction than science, as Jupiter does not possess enough combustible materials to ignite. The only way that scientists think a planet could explode would be in a scenario where it collided with another planet of similar size.

Even if something were to collide with Jupiter (or another planet) that was big enough to destroy it, it would simply break the planet apart. There is no real way for scientists to model a planet “exploding,” so don’t expect this to happen any time soon.

It takes far more energy than you might release to explode a planet. Take Earth, for instance; you would need two to three kilometers worth of Uranium to incite even a megaton explosion.

If you could somehow gather that much Uranium, you would need a way to get it to the planet’s core. And because of all the other materials within the planet’s core, there are no guarantees that it would work anyway.

Blowing up Jupiter would take at least 10,000 times as much energy, somewhere in the region of 5×10^26 tons of TNT. Not only do you need a massive amount of explosive, but you need everything to reach escape velocity, or the planet will just coalesce over time. We have never witnessed a planet explode and have no reason to believe it would.

Why Would Jupiter Explode?

The reason why stars burn is due to the thermonuclear reactions occurring deep inside their cores. Any object with less than around 8% or less of the Sun’s mass cannot ignite because the nuclear reactions at its core are not significant enough. Stars with insufficient mass to ignite are known as brown dwarfs.

We can differentiate a brown giant and a gas planet with a dividing line at objects with 1% of the mass of the Sun. Objects with less than 1% mass could never reach the core temperatures needed for thermonuclear reactions. And this baseline requirement is 13 times the mass of Jupiter, so there is no way it could ignite without first gaining more mass.

In theory, any object could become a star if it acquires enough additional mass. Jupiter would require at least 13 more Jupiter-sized masses to combine with it just to become a brown dwarf. And this still would not possess enough mass for ignition.

To make Jupiter into a star similar to our Sun, you would need to add another 1000 masses to its body. Hypothetically speaking, if Jupiter gained enough mass to become a star, it would one day explode when the gas ran out, and the star began to collapse.

What Would Happen To The Solar System If Jupiter Exploded?

If Jupiter exploded, it would take only a few hours for the objects surrounding this gas giant to feel the effects of this space event. Jupiter’s closest moons would feel the heat first, followed by the outer moons as high-velocity debris would fly away from the explosion site and head out towards the moons.

These fragments of Jupiter would vary in size and shape, flying off into every direction of space. The chances of one of these fragments hitting another planet would be slim, but if it did, it would cause surface devastation.

Why surface devastation? Well, if a sizable enough piece of Jupiter collided with Earth, it could wipe all life from the planet’s surface. Still, it would not ignite the core or cause the planet to explode. The Earth itself could still maintain its core, orbit, and everything else needed to remain a planet in the Milky Way system.

Of course, if the piece were large enough, it could smash right through Earth, but again it would be pure destruction, not an explosion such as a supernova. None of the planets would experience much of an orbital effect though it’s hard to say how much the loss of Jupiter’s gravity would affect them.

For example, each planet receives a periodical “tug” from this gas giant. If that were to disappear, it might mean that the other planets would have to readjust to the new gravitational balance within the solar system.

The most devastating consequence of a Jupiter explosion could be the energy released from its core; the gamma rays alone would have the potential to reach Earth in as little as 36 minutes. Overall, the solar system could remain reasonably stable following the explosion of Jupiter; still, there are several ways that it could wipe humanity out entirely.

Would Jupiter Ignite If You Lit A Match? 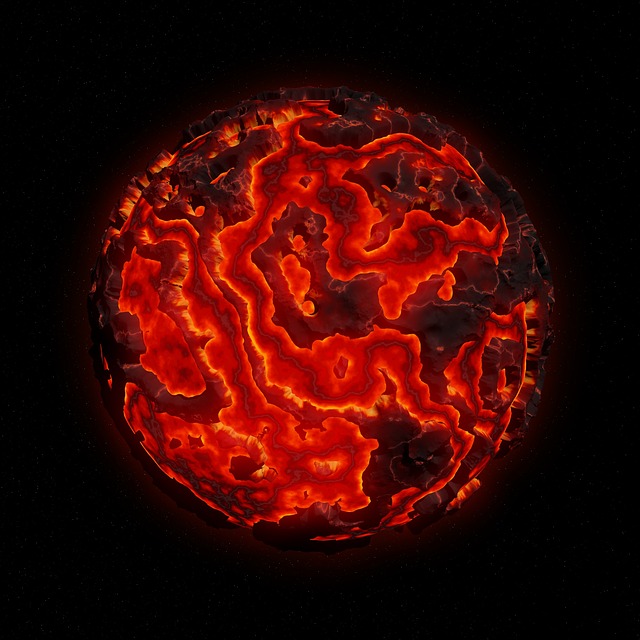 Jupiter would not ignite if you lit a match. Matches are made of carbon that reacts with heat and combines with oxygen to form CO2. Jupiter’s atmosphere is 90% hydrogen and almost 10% helium; in short, there is not enough oxygen to create an explosion.

You couldn’t even be able to light a match on Jupiter unless you found a way to redesign it so that the heat alone could start a flame without the need for oxygen. Once you overcame those obstacles, you’d need to import a serious amount of oxygen.

For hydrogen to combust, there needs to be a minimum ratio of hydrogen: oxygen, 2:1. And don’t forget that oxygen weighs a lot more than hydrogen, so you’d need a total oxygen mass that weighs six times more than the planet itself. There’s not that much oxygen in our entire solar system.

To summarise, there is no way that lighting a match could ever ignite the planet Jupiter.

A Jupiter explosion is predominantly a work of fiction, and there is no scientific theory that could convincingly model a way for this to happen. In addition, the atmosphere of Jupiter is not explosive, and you couldn’t even light a match on the surface of the planet, let alone cause it to explode.

Here’s What Would Happen If Jupiter Suddenly Exploded (grunge.com)

What If You Lit a Match on Jupiter? | What If Show