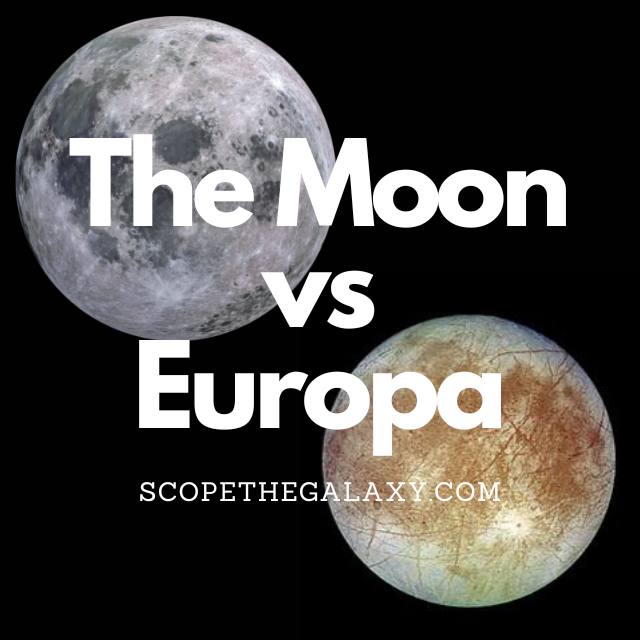 The main differences between the Moon and Europa is that the Moon is Earth’s only natural satellite and is the 5th biggest moon with a diameter of 3474.8km whilst Europa is the smallest Galilean moon but is still the 6th biggest natural satellite with a diameter of 3,121.6km and Europa’s surface is mostly water ice whereas the moon’s surface is mostly igneous rocks.

There are numerous other differences between the two so, continue reading for a more detailed look at each entity below along with the similarities and differences they have.

How Are The Moon And Europa Similar?

As both are natural satellites, the Moon and Europa do share a few similarities, which includes the following:

Differences Between The Moon And Europa

In regards to the differences between the two, they would include the following:

But, they still differ in variety of other ways, whether it be size, temperature, the activity on their surfaces, their gravitational strength and more.